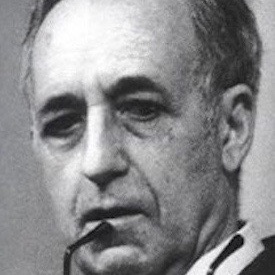 José Ferrater Mora (Barcelona, 1912-1991). After studying philosophy at the University of Barcelona, defeat in the Spanish Civil War led him first to Paris, then to Cuba and Santiago de Chile, until, from 1949, he settled permanently in the United States where he carried out a long period of university teaching and research at Bryn Mawr College until his retirement as Professor Emeritus in 1981. He was a visiting professor at many American and European universities, and was named Doctor Honoris Causa by several of these institutions. He is the author of the famous Dictionary of Philosophy and many other philosophical works, including El ser y la muerte (The Being and the Death), Fundamentos de Filosofía (**Foundations of Philosophy), Cambio de marcha en filosofía (Changing the Course of Philosophy), De la materia a la razón (From Matter to Reason). He is also the author of several novels. Ferrater Mora is unanimously considered the most internationally renowned Catalan philosopher of the 20th century.

The Philosophy of J. Ferrater Mora

Thursday, November 21st
FERRATER MORA and the History of Philosophy

Click here to access the videos of the lectures of the International Symposium on J. Ferrater Mora 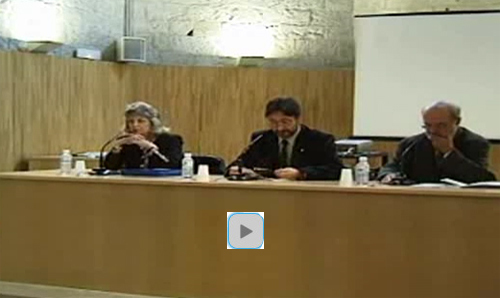 In 2007 the first volume of the series “Names of Catalan Philosophy” dedicated to José Ferrater Mora was published under the title La filosofia de Ferrater Mora..

In the introduction: “This volume shows that Ferrater has not had to pay the price that threatens the independent thinker perhaps because his Diccionario de Filosofía has obtained such a large circulation. An examination of the contents of this volume not only reveals things about its authors but also much about Ferrater’s thought, although perhaps not in the line one might expect; the great variety of topics discussed shows a diverse group of thinkers - from different generations, different countries, speakers of different languages - who highlight many different aspects of Ferrater’s thought: his ontology, psychology and ethics, his use of history, his treatment of the mind, his notion of “seny”, his concern for style, his early development in Chile, some similarities or differences with the thinking of Dewey and GEMoore, and so on. “

On Thursday, November 21, 2002, at 10 pm, a session of films by José Ferrater Mora was scheduled at the Cinema Truffaut. The program was as follows:

Click here to read the press summary of the Symposium dedicated to Josep Ferrater Mora.