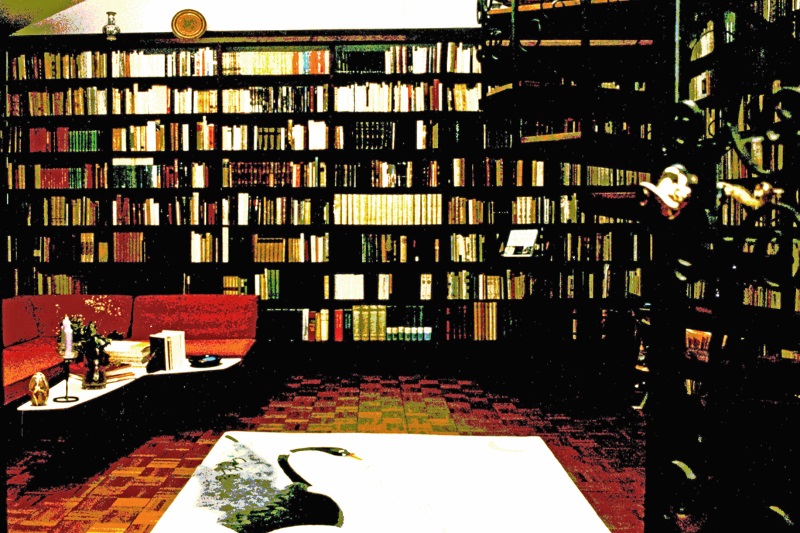 Shortly before his death, Josep Ferrater Mora donated his private library to the Chair. The library contains 7,255 volumes and 156 titles of magazines, as well as the private papers, films and collected letters of the philosopher.

In January 1991 Ferrater Mora made public his decision to donate his personal library to the General Study of Girona, currently the University of Girona (UdG). The fund consists of 7,255 volumes that encompass philosophy, literature, cinema, religion, history and sociology; 156 titles of magazines covering equally diverse subjects, with notable presence of philosophy; and correspondence, consisting of 6,748 letters. In the spring of 1992, the books arrived from Bryn Mawr, Pennsylvania, and in the summer of the same year the cataloguing began, coinciding with the automation of the Catalogue of the Library of the UdG, which allowed for the maximum dissemination of this legacy.

This accessibility translates into a high index of loan requests from other institutions. This is also due to the characteristics of the fund, with first editions of major works in the history of philosophy, the complete works of philosophers from all periods and traditions and works collected from Ferrater Mora’s route in exile in Cuba and Chile and during his later stay as a professor at Bryn Mawr College from the late forties. 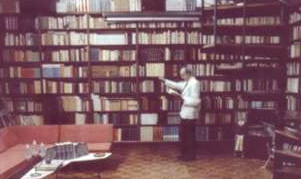 In the background, we can highlight the books related to philosophy, some 3,625, among which we find dictionaries in all languages, works by philosophers - from Abelard to Zubiri through to Ferrater Mora himself - and thematic works, such as the philosophy of knowledge, mathematical logic, the philosophy of mind and language, ethics, analytical philosophy, philosophical anthropology, nominalism, metaphysics, consciousness, subjectivity, relativism, pragmatism, and so on.

The collection is not, however, only important in philosophy, but also in works about language and literature, containing some 2,300 books, with numerous works by German, English, American, French, Spanish and Catalan authors. Among these last two groups, the works by Catalan and Spanish writers who lived and edited books in exile stand out. In smaller amounts we also find works on Portuguese, Russian, Polish, Greek and Latin classics, as well as studies on authors and works of literary theory and criticism.

The books on religion are also remarkable: atheism, theology, Buddhism and Chinese philosophy; sociology, law and education; some two hundred books on the history of science and mathematics, physics and geometry; cinema and photography; and others that deal with philosophy and the methodology of history.

During cataloging, they were found as bookmarks, letters, addresses and cards from the same authors, annotations, newspaper cuttings and magazines with reviews, propaganda, leaflets, and so on, and have been preserved with a reference to the book from which they were extracted. Also remarkable and open to possible study are Ferrater Mora’s annotations in books, and the dedications that would draw his circle of relationships and friendships.

The Ferrater Mora Library is located in the legacy room of the Library of the University of Girona and is open to visits.

Below are some press cuttings about the donation made to this library when he died, its transfer and its inauguration.

Donation of the Library:

Transfer of the Library:

Inauguration of the Library: 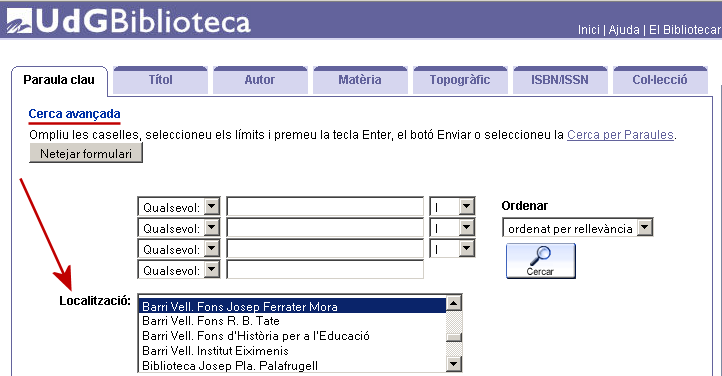 Many of the volumes of the Ferrater Mora Library are dedicated by their respective authors. These dedications allow us to reconstruct the philosopher’s network of relationships.

From the catalogue registers corresponding to each of the books you can access these dedications, which can also be consulted independently in a database linked to these registers: 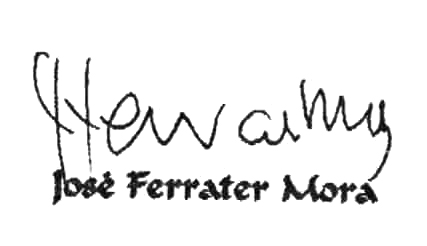