During the opening of the academic year 2012-2013 of the Catalan universities, which took place at Pompeu Fabra University, Josep-Maria Terricabras, director and founder of the Ferrater Mora Chair of Contemporary Thought, received the Jaume Vicens Vives Award for Quality of University Teaching.

Claudi Alsina, secretary of the Interuniversity Council of Catalonia, read the report compiled by the jury that awarded the Jaume Vicens Vives award for Quality of University Teaching to the Ferrater Mora Chair of Contemporary thought, dean chair of the UdG. The mentioned reasons were: for the dissemination of the work and the Library of Ferrater Mora; for the debate and reflection to which the long list of guests that have passed through the sessions of the Chair Ferrater Mora over the last 20 years have contributed; for the on-line platform and the parallel activities of debate, reflection and support of teaching and the study of philosophy that the Ferrater Mora Chair of Contemporary Thought organizes or collaborates with.

See here Decree 113/2012 of 9 October, which awarded the distinction Jaume Vicens Vives for Quality University Teaching, as well as a couple of related press articles:

In 2021, Josep-Maria Terricabras was awarded the Jaume Vicens Vives Distinction, in an individual capacity, among other merits “in recognition of the foundation of the Ferrater Mora Chair of Contemporary Thought, which under his direction has become a benchmark in the teaching of philosophy in Catalonia”. See the full decree of the award here. 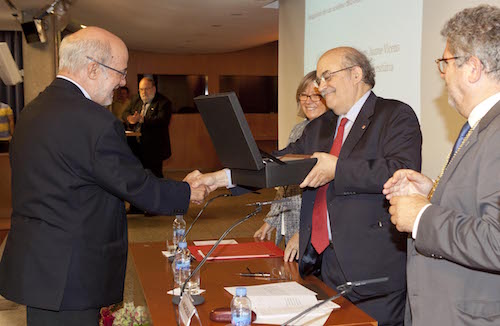 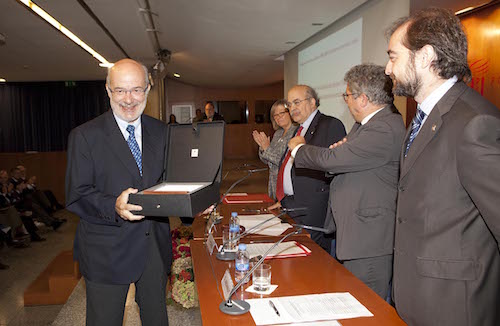