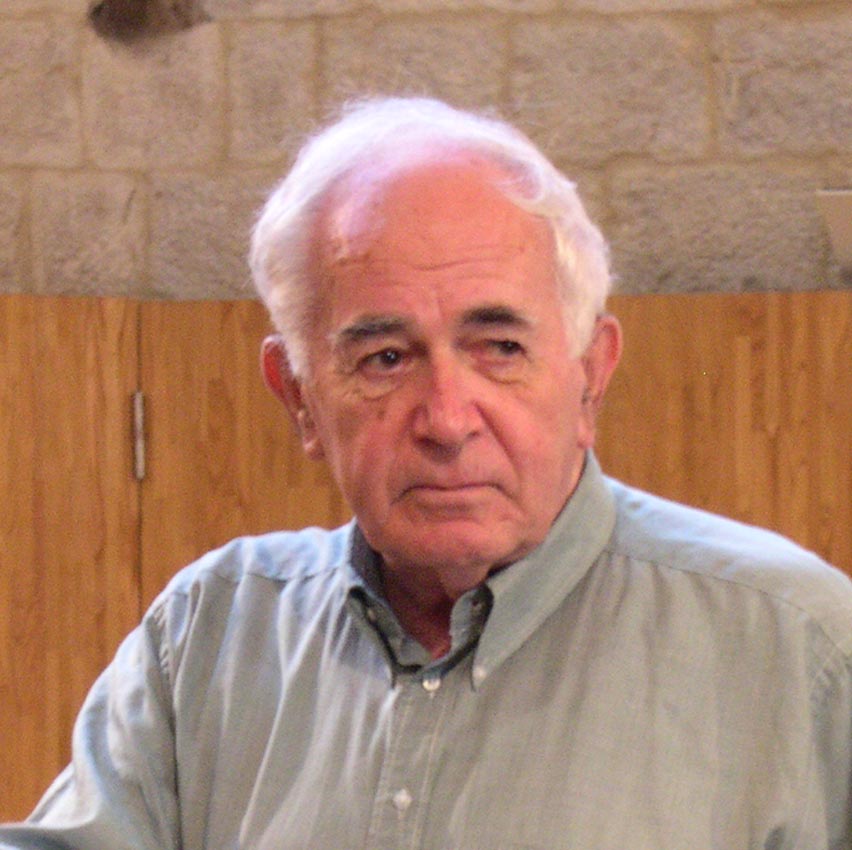 Ernst Tugendhat was born in Brno (Czech Republic) in 1930. His family, Jewish, emigrated to Venezuela when the Nazis arrived in their country thus saving themselves from the concentration camps of the Hitler regime. At the age of just 15, he entered the prestigious Stanford University where he studied classical languages. In 1949, he continued his studies in philology and philosophy in Freiburg / Breisgau, where he earned his PhD. He studied with renowned teachers including Karl Jaspers and Martin Heidegger. He was Professor of Philosophy at the University of Heidelberg and at the Free University of Berlin (1966 to 1992). In the years of student protests in Germany, he took on positions that challenged those of the academic authorities. In recent years, he has continued teaching as a visiting professor at the Pontificia Universidad Católica de Chile and at the universities of Vienna, Prague, Zurich, Hamburg and London. Passionate about Heidegger’s thought, he is one of the most renowned philosophers of our times. 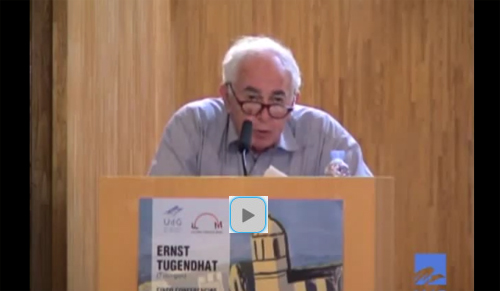 By indication of Prof. Sloterdijk, the below mentioned were also invited to participate: Prof. Francesc Pereña (Universitat de Barcelona).

Click here to read the press dossier of the lectures given by Erns Tugendhat at the Ferrater Mora Chair. 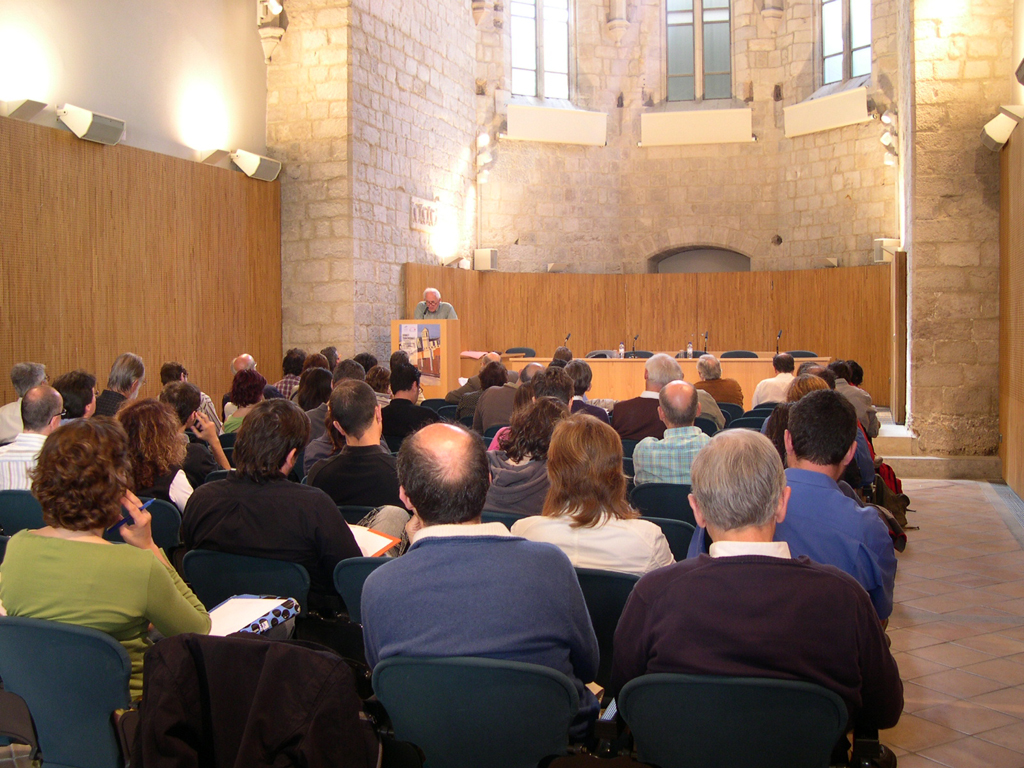 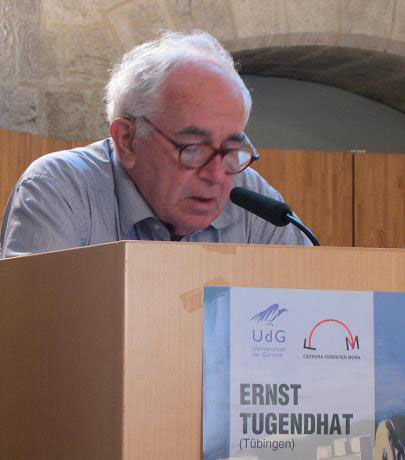 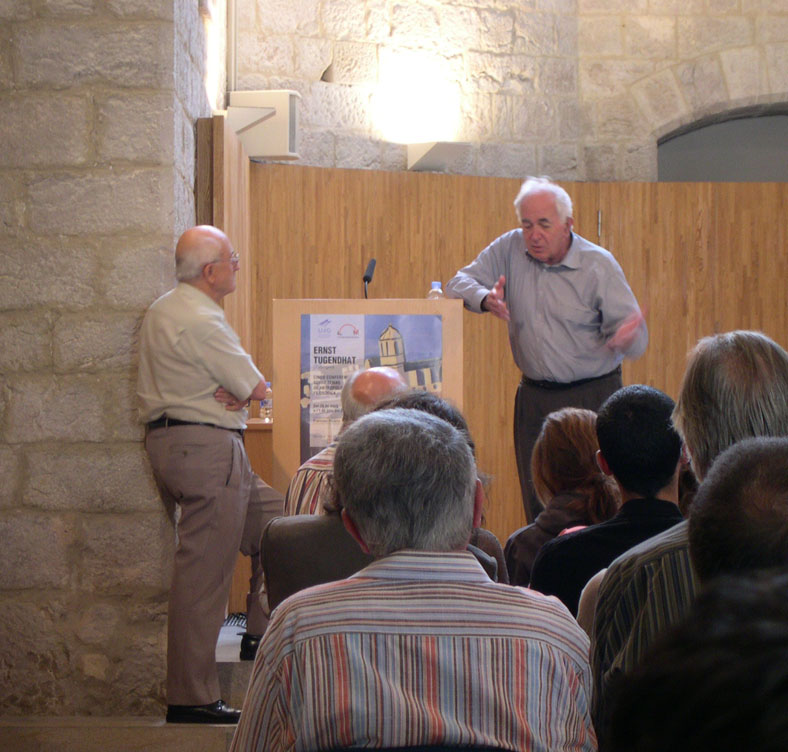 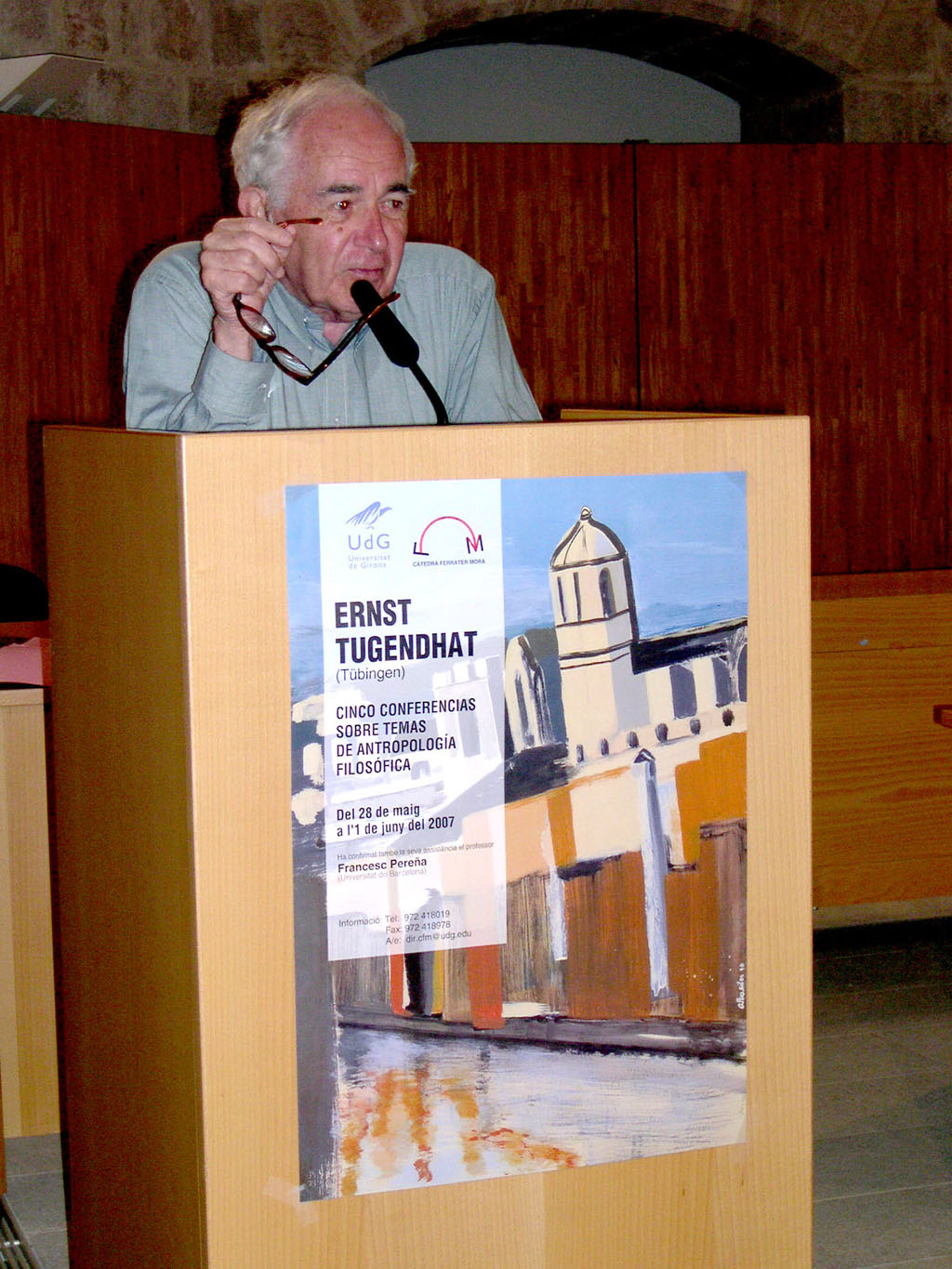 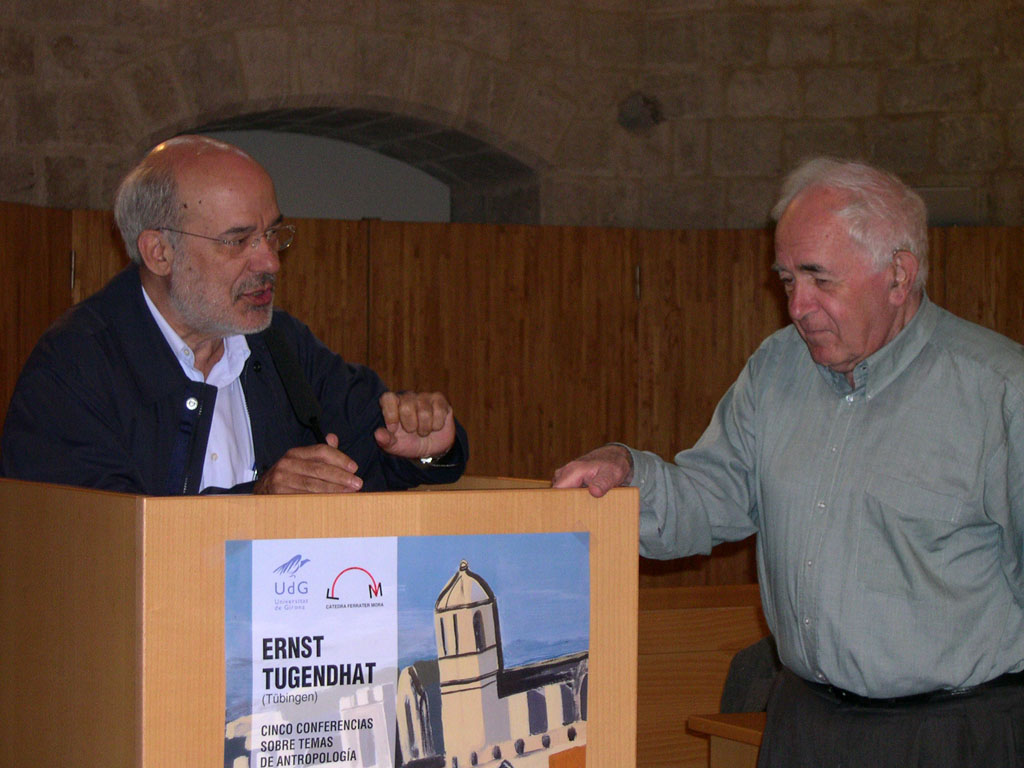