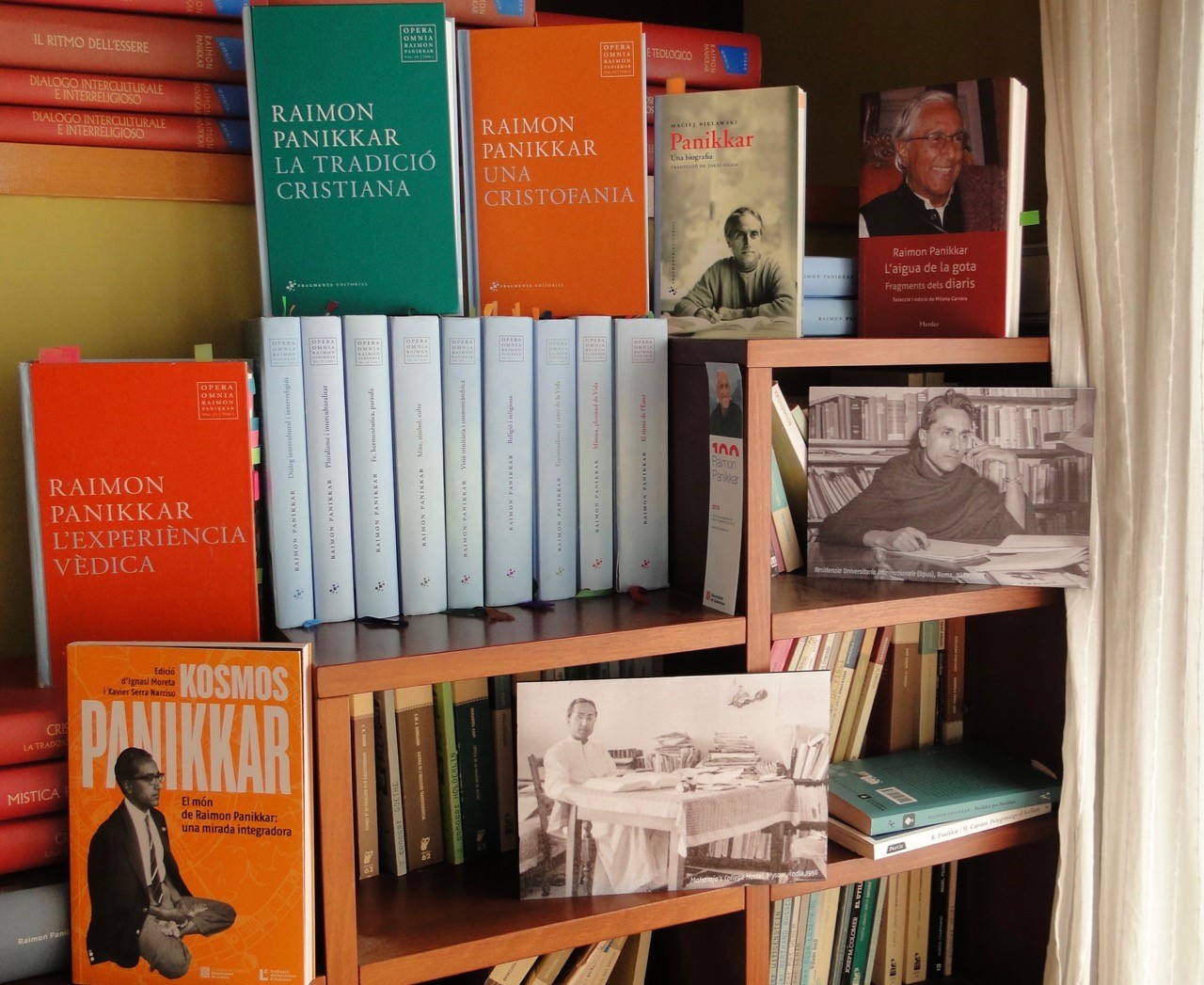 Raimon Panikkar: A Christophany. Christian identity in the contemporary world. Who is the Christian?

This study is an attempt to concentrate the «pathos» of a whole life in a few pages..

Thus begins Panikkar, in his old age, the book that is the result of a lifetime, published significantly at the end of the century, which is nothing more than a mature and renewed confession of Christian faith by a traveller who carries secular modernity, Hinduism and Buddhism in his pockets. Originally written in Italian, in order to reach Roman and Vatican circles more easily, it was soon translated into Spanish, English, German, French, even Tamil and Chinese, achieving a significant impact.

This is the text we have chosen for our studium this year and which Panikkar dedicates:

To all those who are still on pilgrimage through the fields of temporality in the hope of living fully in the light.

The more one dares to tread new paths, the more necessary it becomes to be rooted in one’s own tradition and open to others, who make us aware that we are not alone and allow us to arrive at a broader view of reality. […]

I have been asked why I have written this book with such interest. First of all, I must say that it is to deepen the faith that has been given to me, subjecting my intuitions to the critical examination of the intellect and the wisdom of tradition. […]

This study is also addressed to those readers for whom the name of Christ has no particular meaning, either because they belong to other cultures or because they have eliminated it from their interest for various reasons. […] To these readers we do not say that Christ is the fullness of life, but that this Fullness, which has so many names, in the Christian tradition is called Jesus the Christ.

A change of perspective is necessary for Christians, because a true understanding between the various religions can never be a one-way street. The whole effort to understand what Christians call Christ in the realm of other religions must be put in relation to the issues surrounding Īśvara, the nature of the Buddha, the Qur’án, Torah, Qi, Kami, Dharma, Dao, but also Truth, Justice, Peace and so many other symbols.

A challenge we accepted with enthusiasm - literally: ‘possessed by the gods’. In order to do so, we will help ourselves with some complementary reading. To begin with, we propose several texts by Panikkar, already included in the edition of his Opera Omnia, arranged chronologically like stones on the road, to follow his existential journey:

Highly recommendable is the text - quoted by Panikkar - by Alan Watts, an Anglican priest who had already been through Buddhism, Hinduism and Taoism, and who turns to Catholicism because of the centrality of the worship that is given, with this intense and suggestive look at the pre-conciliar liturgical year, which leaves no one indifferent:

And in this sense, the splendid inaugural lecture of the 2000-2001 academic year of the Maragall Foundation by our Girona native (poet, painter, playwright, translator, journalist, literary critic…):

Here you will find the programme of the seminar, in which we insert the text that is the subject of our studium, in dialogue with several contemporary authors who also question the “Christian identity” in today’s world, from different perspectives and not necessarily from the perspective of faith: Joan Maragall, Vladimir Lossky, Time Rice, François Jullien, Elaine Pagels, Hugo Mujica, Pablo d’Ors, Mario Satz, Abdelmumin Aya, Paul F. Knitter, Thich Nhat Hanh, Pierre Teilhard de Chardin, David Jou, Carl Gustav Jung…

In addition to other texts by Raimon Panikkar, the publishing house Fragmenta is continuing with the project of the Catalan edition of the Opera Omnia which you can see here, together with many different materials, such as an extensive video library of various events on his figure and his work.