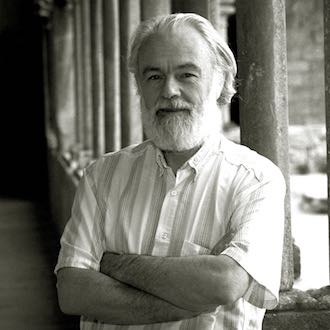 David Harvey (1935) is one of the most prominent geographs today. He earned his PhD in geography from the University of Cambridge and his teaching is divided between the universities of Bristol, Oxford and Johns Hopkins.

His theoretical and methodological contributions have been crucial to the evolution of geography in the late twentieth century. Explanation in Geography, published in 1969, became a classic of geographical literature with neopositivist inspiration and a cornerstone of the ‘new geography’. A similar or even greater impact was caused by his book Social Justice and the City (1973), in this case, however, following the Marxist postulates. Indeed, the territorial reading of Marx’s work led Harvey to perceive geography not only as a science, but as an ideology and, therefore, as a social commitment. Throughout this book and others later, Harvey became a key figure in radical Marxist geography and, more specifically, in the Marxist analysis of urban space, making him well studied and known beyond the strict limits of academic geography and into regional and territorial economy. From an open and renovated Marxist perspective, David Harvey was also interested in socio-spatial dialectic generated by post-Fordist capitalism, introducing in its analysis an extremely interesting cultural dimension. The most significant book in this regard is The Condition of Postmodernity. An Inquiry into the Origins of Cultural Change (1989).

PROSPECT ON GEOGRAPHY: SPACE, PLACE AND ENVIRONMENT IN CONTEMPORARY THEORY

David Harvey gave a conference, open to the general public, at La Mercè Cultural Center, entitled The Sense of the City, with great success by the public.