Gilles Lipovetsky is Professor of Philosophy at the University of Grenoble (France). He is best known for his contribution to the development of so-called “postmodern” thought and for his work on the concepts of hypermodernity and hyperindividuality.

In his latest essays, Lipovetsky questions the concept of postmodernity: it is too ambiguous and therefore inadequate. Today’s reality of liberal societies is, in fact, a hypermodernity, a “superlative modernity” and unbridled modernity. All the old obstacles to modernisation have fallen and there is no longer any credible and legitimate alternative system to the supposedly free market and democratic modernity: we have reached the moment of complete, unrestricted, deregulated and globalised modernity.

Here you can watch the videos of the lectures given by Gilles Lipovetsky at the Girona University (available until November 23, 2011). 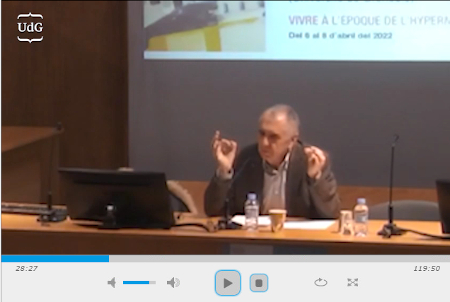