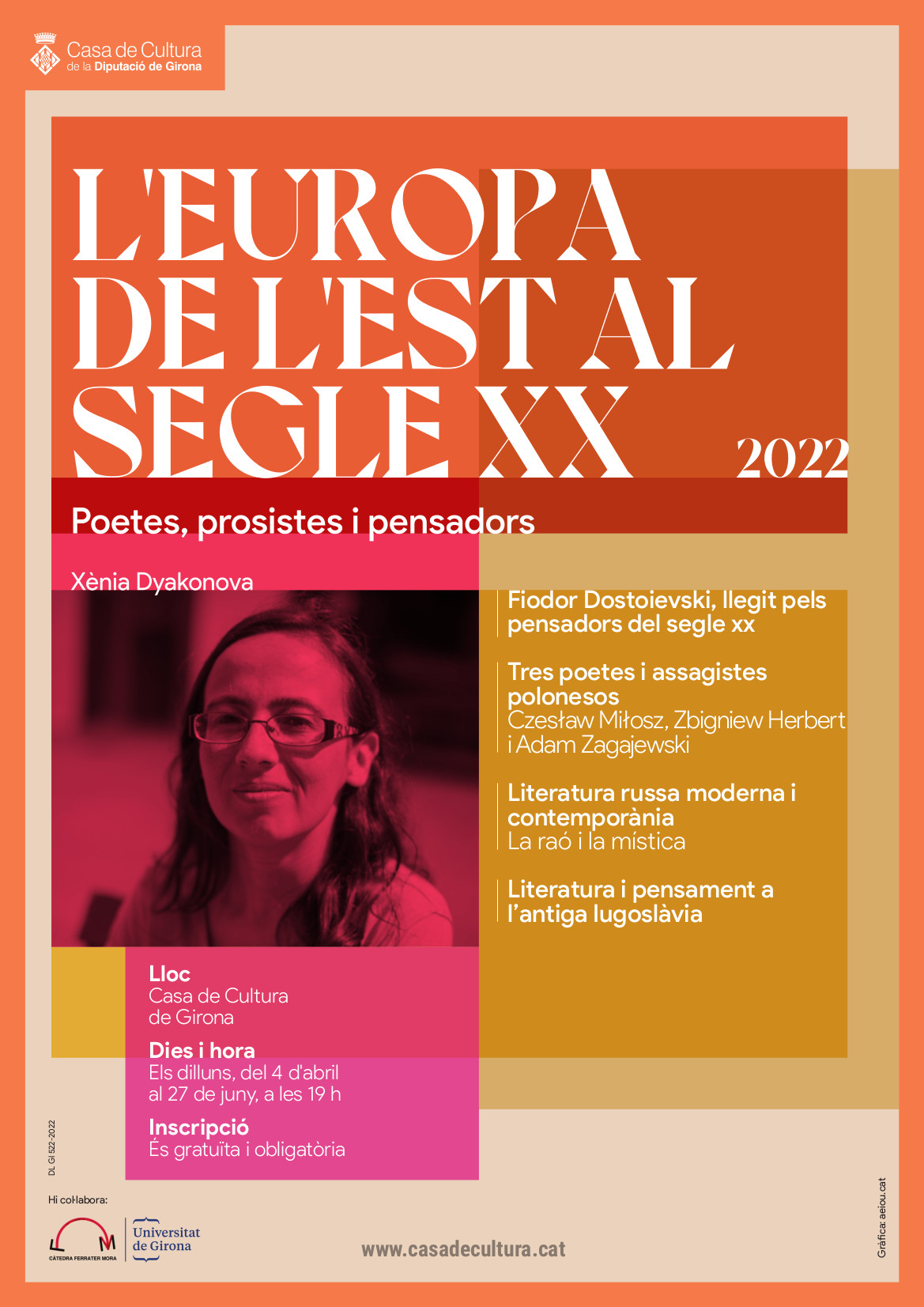 The course “Eastern Europe in the 20th century: poets, prose writers and thinkers”, given by Xenia Dyakonova and organised jointly with the Casa de Cultura de Girona, took place from 4 April to 27 June 2022.

In many respects, Eastern Europe is one of the great unknowns, an undefined area between exoticism and danger. The expression Eastern Europe brings to mind distant, often cold and inhospitable territories. It brings to mind multicultural and diverse societies, often terribly divided and confrontational. During the 20th century, Eastern Europe was the scene of great revolutions, great defeats, great hopes. And yet - or perhaps precisely because of this - it was the scene where a group of extraordinary, marvellous authors (poets, prose writers, thinkers) wrote their work. In this cycle, these authors were discussed and their works were commented on. In short, they enjoyed it.

The course consisted of ten sessions in which the following aspects of Eastern European literature were discussed:

Xenia Dyakonova (b. 1985, Leningrad, now St. Petersburg) holds a degree in literary theory and comparative literature from the University of Barcelona and is the author of three books of poetry in Russian. In Catalan she has published two collections of poems, Per l’inquilí anterior (Blind Books, 2015, illustrations by Miguel Pang Ly) and Dos viatges (Edicions del Buc, 2020), and a collection of articles: Apunts de literatura russa i un afegit polonès (Caligrafo, 2020). His translations of Russian literature into Catalan include El Mestre i Margarita, by Mikhail Bulgakov (Proa, 2021). She has received the Vidal Alcover Translation Prize for Narracions, by Nikolai Leskov (Ediciones 1984, 2020), and the 3rd PEN Translation Prize for the book of poems A banda i banda del petó, by Vera Pàvlova (El Gall, 2018). She collaborates as a literary critic with Ara, La Lectora and the programme Ciutat Maragda, on Catalunya Ràdio. In 2022 she is the guest writer for L’Avenç. She also teaches literature and humanities at the Ateneu Barcelonès Writing School.