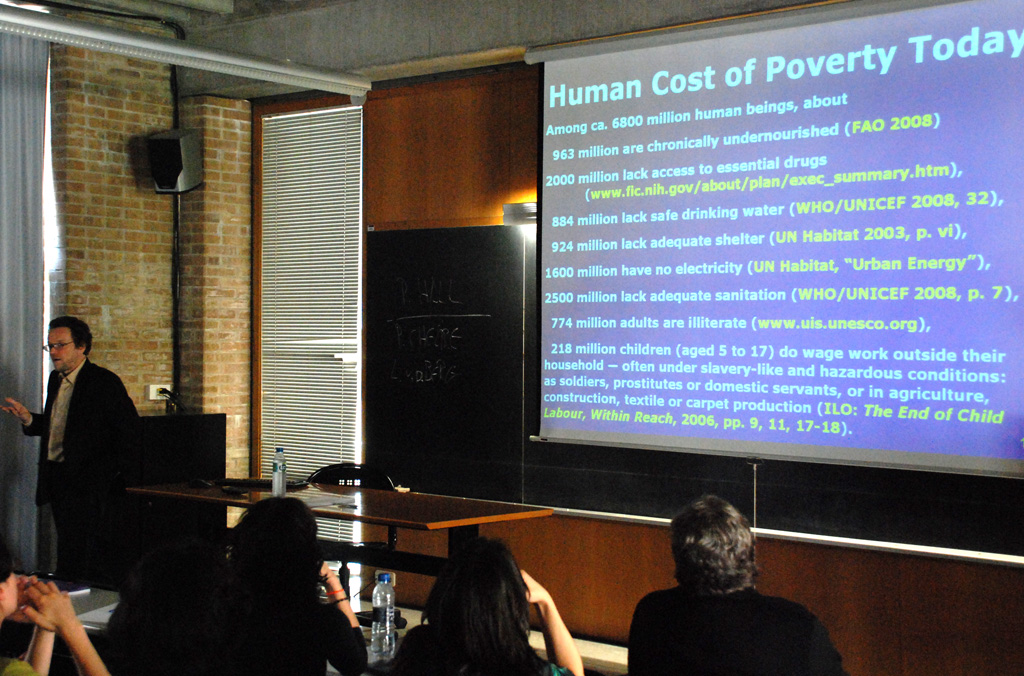 The Ferrater Mora Chair of Contemporary Thought, together with the ASSOFIA Student Association, organised a series of conferences on “Global Justice and Natural Rights”. This is a highly topical subject, which mobilizes all historians, philosophers, moralists, jurists and economists. When we talk about “global justice” we are referring to the need, increasingly felt, to translate into concrete, practical parameters the theory of justice formulated last century by John Rawls, the greatest exponent of contemporary political philosophy. This calls for good theoretical knowledge - historical and philosophical - but also social and legal insight to find innovative solutions to the age-old problems of injustice and inequality in the world. In this sense, the debate on global justice is not a mere theoretical debate but the effort - extraordinarily brilliant and suggestive - to bring the theory down to earth from the more concrete practice, more in need of new answers.

The presence in the series of Prof. Thomas Pogge (1953), Professor of Philosophy and International Relations at Yale University, is worth mentioning. In recent years, Thomas Pogge has become the obligatory world reference when dealing with issues of global justice, not only because of his academic career, but also because he has been able to draw up concrete proposals for ethical and political renewal, which are today considered with great respect and attention by political and social leaders all over the world. Pogge is also the research director of the Centre for the Study of the Mind at the University of Oslo. He received his PhD from Harvard University with a dissertation on John Rawls, who is considered the most important political philosopher and legal philosopher of the 20th century.

The cycle followed the following programme: