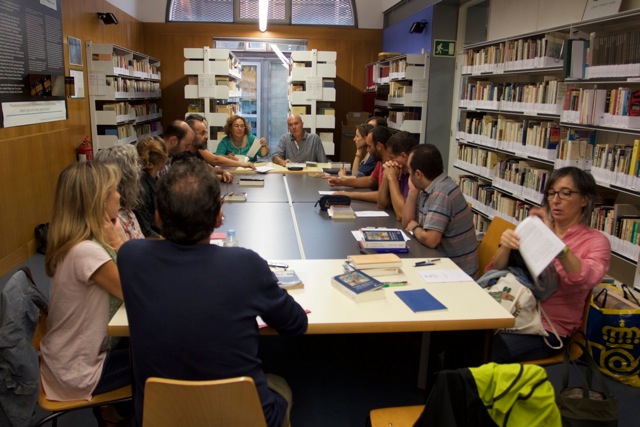 Mircea Eliade's Hermeneutics of the Sacred

Every religion, even the most elementary, is an ontology: it reveals the being of things, it shows what it really is, and in this way it founds a World.

Homo religiosus thirsts for being.

The sacred is an element of the structure of consciousness, not a stage in the history of this consciousness.

The symbol transforms objects into something other than what they appear to be in profane experience.

The various realities, when they become symbols, that is, signs of a transcendent reality, get rid of their concrete limits and cease to be isolated fragments and become integrated into a system.

The history of religions as hermeneutics is creative: it reveals some values that are not evident to the immediate experience, the hermeneutic work reveals the latent meanings and the becoming of symbols.

Still imbued with the cosmic sacredness of The Vedic Experience that we studied last year, we propose to address the work of the great hermeneut and historian of religions, Mircea Eliade.

As an introduction we read the brief but well-known and celebrated:

This remains the best entry text to Eliade’s work and at the same time a general introduction to phenomenology and history of religions.

For the coursework we chose what can be considered one of the great books of his extensive work. A reading that we think is essential for every humanist:

A vast journey that is articulated and interwoven in the three realms of the real: cosmic, divine and human.

Thanks to the symbols, man comes out of his particular situation and opens up to the general and the universal. Symbols reveal the individual experience and transmute it into a spiritual act, into a metaphysical understanding of the world. Before any tree, symbol of the tree of the world and image of the cosmic life, the homo religiosus is able to accede to the highest spirituality: in understanding the symbol, he manages to live the universal. The image of the tree is still quite frequent in the imaginary universes of the modern religious man: it constitutes a figure of his deep life, of the drama that takes place in his unconscious and that interests the integrity of his psychological life and, therefore, his own existence. But as long as the symbol of the tree does not reveal the total consciousness of man by making him open to the universal, we cannot say that it has completely fulfilled its function. It has only partially saved man from his individual situation by allowing him, for example, to integrate a crisis of depth and giving him the psychic equilibrium provisionally threatened, but it has not yet elevated him to spirituality nor has it succeeded in revealing to him one of the structures of the real.

Click here if you want to read the monograph that La Vanguardia dedicated to Mircea Eliade, on November 24, 2000.

Here you will find the program of the course.