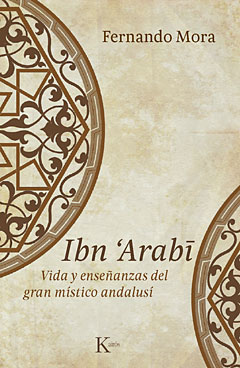 The wayfarer (Sufi) will see the almond through the shell.

He will see himself no more:

Will see nothing but the Friend, his face, in everything.

In every atom he will see the whole.

He will behold beneath the veil millions of secrets

as bright as the sun.

The man of God, he is beyond religion.

He considers the world to be spherical in figure and therefore longs to return to its beginning. Every being, every thing, is a simple circumference that returns to the one from whom it took its beginning.

My heart has become the receptacle of all religious forms. It is meadow of gazelles and cloister of Christian monks, temple of idols and Kaaba of pilgrims, Tablets of the Jewish Law, and leaves of the Koran.

This year’s proposal was to approach Islamic thought through Sufism and one of the great Muslim philosopher-mystics, the Murcian Ibn ‘Arabi (12th century).

As an introduction, we were invited to a summer reading of the brief and stimulating text by Halil Bárcena, which is at the same time an initiation into the heart of Islam and the great figures, such as Ibn ‘Arabi, of its mystical currents:

To focus during the course on one of Ibn ‘Arabi’s texts:

This text by Ibn ‘Arabi proved too cryptic and difficult to understand in a version with little content commentary. In the third session of the seminar we decided to continue the course working with an excellent and recent monograph, which had been proposed as complementary reading:

Other monographs for consultation were: