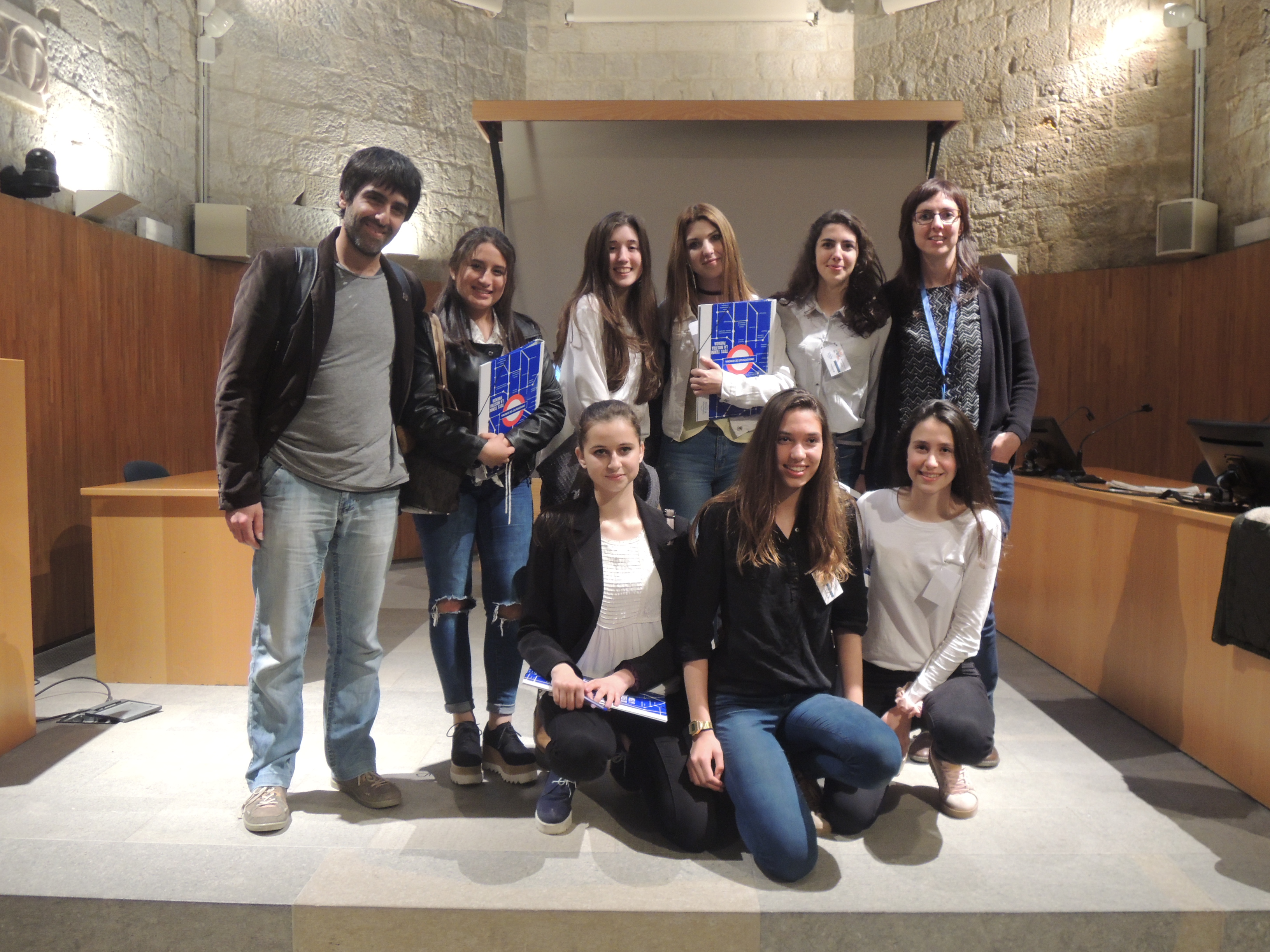 The Faculty of Letters hosted on Friday, March 10, the territorial phase of the counties of Girona of the VI Debate League, which this year debated on the question “Do animals have rights?”. Promoted at the level of the Catalan Countries by the Xarxa Vives d’Universitats, the Ferrater Mora Chair organized this local phase.

The winning team was the IES Alexandre Deulofeu of Figueres, which beat the institute of Vidreres. Its members -Joan Cabanas y Faixó, Denisa Bizau, Elena Méndez Clemente, Sara Lang Blázquez and Anna Ferrera y García, under the coordination of their teacher Yaiza Santàgueda Díez- will represent the UdG in the final phase of the Catalan Countries that will take place at the Pompeu Fabra University.

This debate league aims to promote the use of the word among students under the format of a dialectical confrontation between several teams, in which they have to defend a position for or against on a current issue, and where skills such as teamwork, the strength of the arguments, fluency in the intervention, and both semantic and formal correctness are valued. Participation in the competition is open to students in the 4th year of ESO, high school and vocational training (aged between 15 and 18 years), from schools in the Franja, Valencia, Northern Catalonia, Andorra, Catalonia, Sardinia and the Balearic Islands, who are enrolled in the academic year in which the competition takes place.

See here information published on the websites of the schools and in the Diari de Girona.