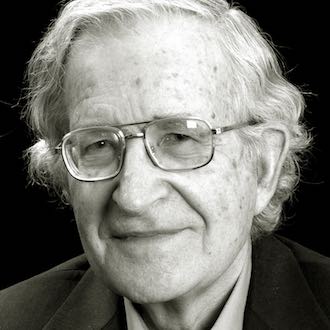 Noam Chomsky (1928) is Institute Professor Emeritus at the Massachusetts Institute of Technology (MIT) in Boston, where he has been a professor since 1955. He is internationally known, especially for his prestigious research on linguistics, which has had and continues to have a strong influence. We can go as far as to say, without exaggeration, that he instigated an authentic revolution in this field. Chomsky considers his linguistic theories as a part of a broader theory about the human mind, especially cognitive psychology. We should also remark on his interest in issues of ethics and politics. Chomsky believes that his linguistic ideas cannot be separated from his socio-political reflections: they are two sides of the same coin.

LANGUAGE AND THE “COGNITIVE REVOLUTIONS”

By clicking here you can access the page where you can listen to the audios of Noam Chomsky’s lessons, as well as the press conference he gave in Girona.

Prof. L. Rizzi gave a complementary session during the seminar.

The Noam Chomsky’s lessons were published in Spanish and Catalan. In Catalan with the title Discurs Polític, at the editorial Empúries, Barcelona, 1993. In Spanish wit the title Política y cultura a finales del siglo XX, editorial Ariel, Barcelona, 1994, a third edition on the year 2002. 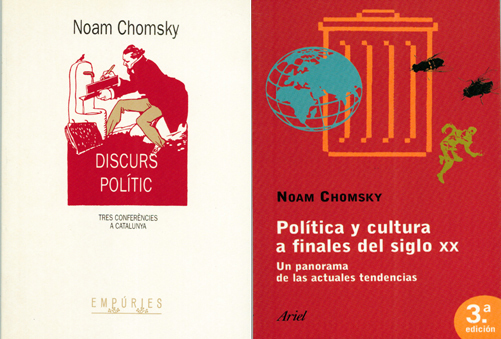 Prof. Chomsky gave a conference open to the general public at La Mercè Cultural Center on Thursday, November 26, 1992, entitled Power and Democracy. The attendance exceeded all expectations and can be considered a historic event in Girona. 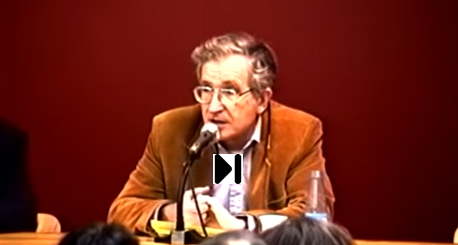 Also, in collaboration with KRTU and the Institute for American Studies, a conference was organized in Barcelona, which took place on Wednesday, November 25, under the title Creation and Culture at the end of 20th century.