Miquel Batllori i Munné was born in Barcelona in 1909 and died in Sant Cugat del Vallès in 2003. He graduated in history and law from the University of Barcelona in 1928 and he entered the Society of Jesus the same year. When Spain dissolved in 1932 he went to Avigliana (Turin). He returned to Spain in 1939, graduating in Theology from Oña (Castilla). In 1940, he was ordained a priest in Barcelona.
He regularly attends international conferences on historical sciences and on the Crown of Aragon. He is part of the International Committee of Historical Sciences and he was a member of the Academy of History of Madrid and a corresponding member of the Institute of Catalan Studies and the Academy of Fine Arts. He was director of the magazine Historicum Archivum Societatis Jesu (1951-1969) and was a lecturer at the Faculty of History at Pontifical Gregorian University in Rome.

His work, published in different languages, includes more than two hundred titles, as well as reviews. This work, which focuses on issues of cultural and ecclesiastical history and is based on the systematic research of many documentary sources in Europe and America, has opened new paths of research, has contributed to reinterpreting characters and eras and has provided a very successful synthesis. He studied, among others, the characters of Arnau de Vilanova, Ramon Llull, Baltasar Gracián and Jaume Balmes, in addition to the Jesuits in the Illustration Era, especially those of the former Crown of Aragon.

Doctor Honoris Causa by almost all the universities of the Catalan Countries, he has received numerous awards including the Cross of Alfonso X (1984), the Gold Medal of the Generalitat of Catalonia (1985), the National History Prize (1988), the Award of Honor of Catalan Letters (1990), the Lluís Guarner of the Generalitat Valenciana ( 1991), the of Prince of Asturias (1995), the medal of the Academy of Fine Arts of Barcelona (1998), the Gold medal of the Balearic government (1998), the awards from the Catalan  Foundation for Research, City Barcelona, and National Letters (2001).

The lessons of the father Batllori were published in Catalan, entitled De l’edat mitjana als temps contemporanisin the editorial Eumo Vic in 1994. It was also published in Spanish with the title De la edad media a la contemporánea published in editorial Ariel, Barcelona, also in 1994. 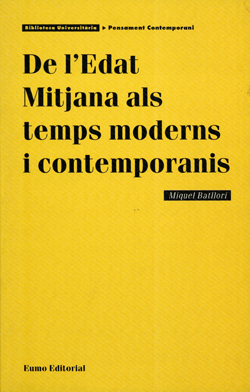 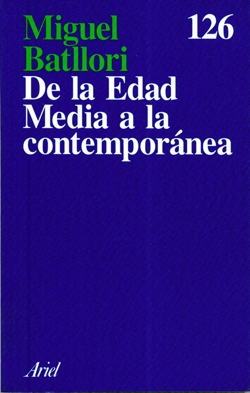 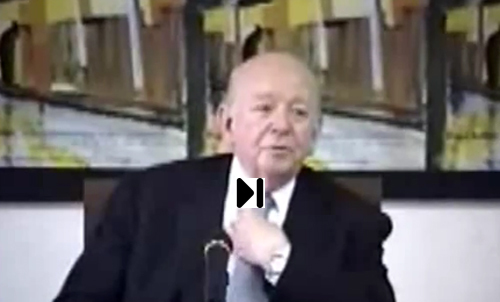 Also you can watch the interview with Josep-Maria Terricabras, where he talks about the people who have influenced his university education and research, Antonio de la Torre and Jordi Rubió, and the topics that have brought him the most professional satisfaction, the Italian Lulism, Arnau de Vilanova, the exiled Jesuits, etc.