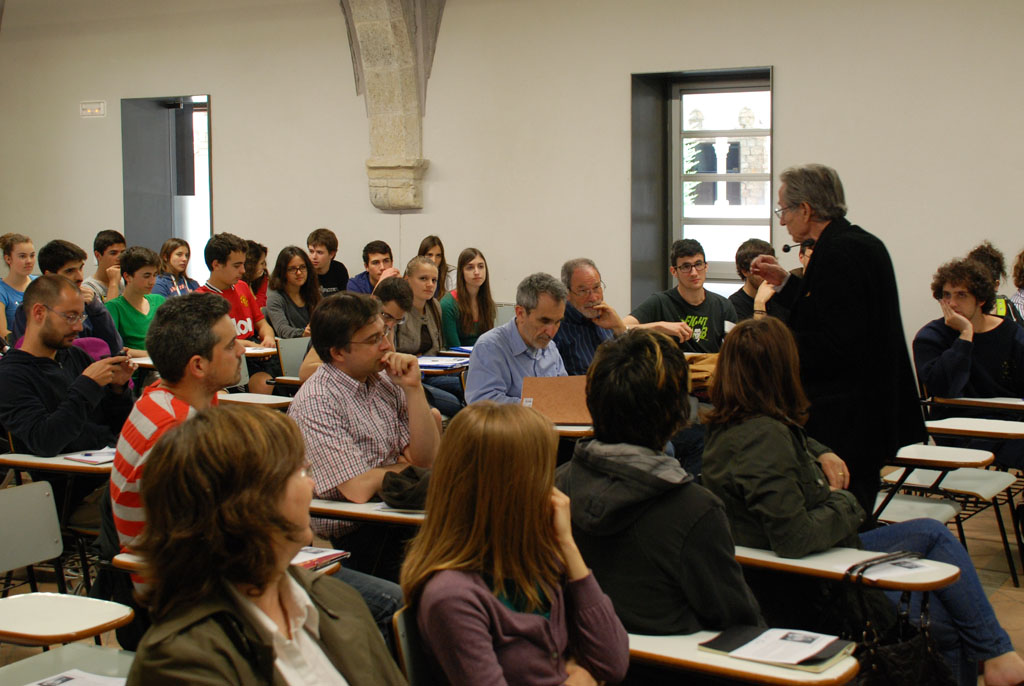 Philosophy and anything else

The Studies of Philosophy of the University of Girona, with the collaboration of the Ferrater Mora Chair, organized the conference The philosophy and anything else, which took place in April and May 2013.

What does philosophical reflection consist of? Philosophers have asked themselves this question countless times. One way of doing it is to ask how it appears, reflection. At what moments does it arise? What motivates it? What does it lead to? The occasion that motivates it, to what extent does it condition it? We tend to identify the philosophical task with the reading of books by revered authors, perhaps even difficult ones. And there is no doubt that to do philosophy is to introduce oneself into the discussions of authors who have been or are protagonists in the history of philosophy. During these days, however, it was suggested that the occasion for philosophical reflection is often also ordinary, albeit small. Anything, in fact, in certain circumstances can provide it.