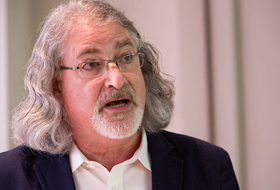 The Ferrater Mora Chair, in collaboration with the “Philosophy” Research Group, and within the framework of the project on Biopolitics financed by the Ministry of Science and Innovation, organised this seminar, bringing some of the most prestigious researchers in the world in the field of biopolitics to Girona. As a result, the book El trasfondo biopolítico de la bioética was published. The conferences that took place were:

In this seminar, Nikolas Rose presented the main lines of his latest research on biopolitics, partially summarised in his work The Politics of Life Itself. Biomedicine, Power, and Subjectivity in the Twenty-First Century (2007). Rose analyses the complex relations between biomedicine, biopolitics, technologies of the self and neoliberalism.

In this seminar, Dominique Memmi presented the main lines of her current research on the transformations of biopolitics since the second half of the 20th century. She showed how the question of the government of the body, in recent decades, includes but at the same time exceeds the traditional domain of public health policies, the field of medicine and clinical relations, due to the extension, throughout the entire social fabric, of a whole set of new devices and procedures that regulate and redefine behaviour and bodily representations. In order to understand the body as an object of political action, Memmi considers it fundamental to shed light on these new techniques of governing the body which, because they are often banal and familiar, often go unnoticed. To exemplify these new biopolitical forms that predominate today, Memmi focused especially on the study of the management of the procreative body and the dying body.