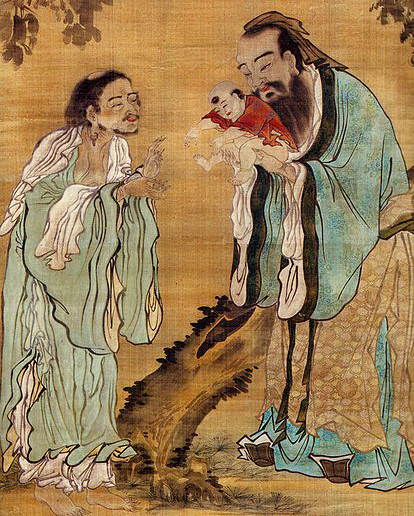 The course took place every Tuesday and Thursday from 7.30 pm to 9 pm, from 24 October to 30 November, in room A2 of the UdG Faculty of Letters, and was given by Professor Xavier Serra Narciso, a graduate in Philosophy and diploma in Theology and Religious Sciences; Emeritus Professor of Secondary School Philosophy, member of the Raimon Panikkar Seminar on Intercultural Thought at the UdG and coordinator of the Catalan edition of the Opera Omnia Raimon Panikkar.

The course was an initial approach to Chinese thought - and a tasting of Japan -, beginning with the shamanic substratum and the dynamic worldview of the Book of Changes (Yijing), which permeates all later Chinese philosophy. The two central schools of classical Chinese philosophy were studied with their foundational texts: Taoism of the Daodejing, and Confucianism of the Lunyu. The arrival of Buddhism in China, its evolution and integration with Chinese thought - as well as its later landing in Japan, which became Zen, were dealt with, focusing on the paradigmatic figure of Dōgen -, as well as the appearance of a non-dual neo-Confucianism, to end with three contemporary authors that represent the necessary dialogue between Western and Eastern thought: DT Suzuki, Keiji Nishitani and François Jullien.