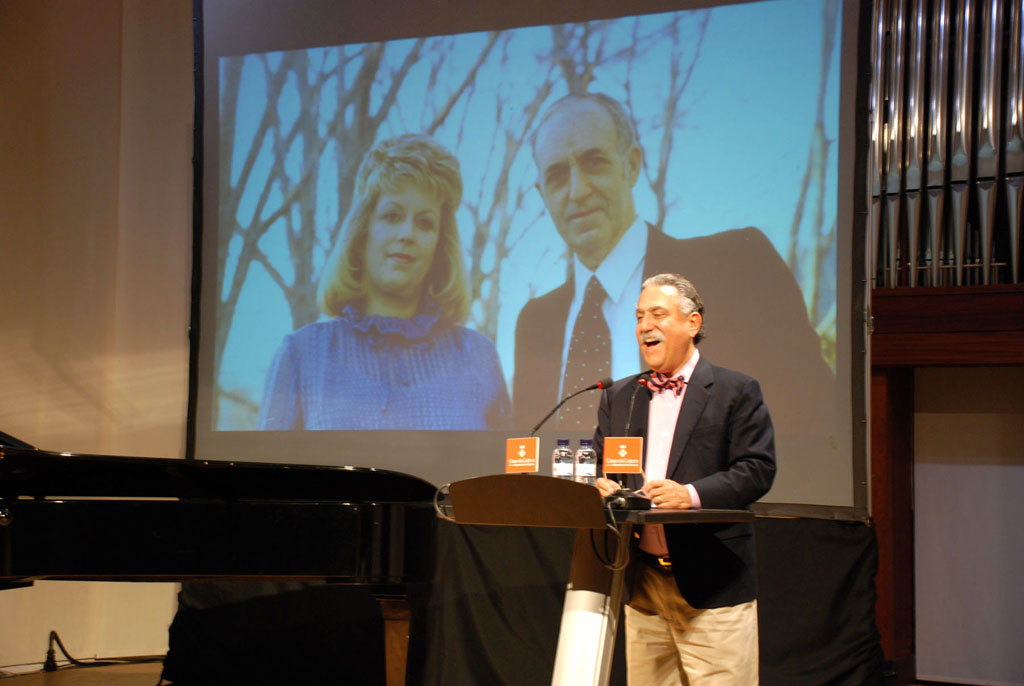 On Thursday, October 27th at the Josep Viader Auditorium of the Casa de Cultura of Girona, the Ferrater Mora Chair organized a commemorative day dedicated to the memory of José Ferrater Mora (Barcelona, from 1912 to 1991) on the occasion of the 25th anniversary of his death.

The journey consisted of a series of events: a biographical video of Ferrater Mora was played and then Joan Vergés briefly presented the new website of the Ferrater Mora Chair and explained the upcoming activities planned. Then Mr. Clifford B. Cohn, from the Ferrater Mora Foundation (Pennsylvania, USA) announced the winners of the III Ferrater Mora Award.

The event continued with a short reading of texts by José Ferrater Mora, which were given by Josep Borrell, Esther Molina, Damià Bardera and Francesc Ten. Josep-Maria Terricabras then gave a lecture in which he sketched a portrait of the Catalan philosopher.

Georgina Reyner (mezzo-soprano) and Tania Parra (piano), in the middle of the different activities, performed 6 “Lieder” by Friedrich Nietzsche and Richard Wagner, never before performed in Girona.

See here the video of the event and the press dossier.