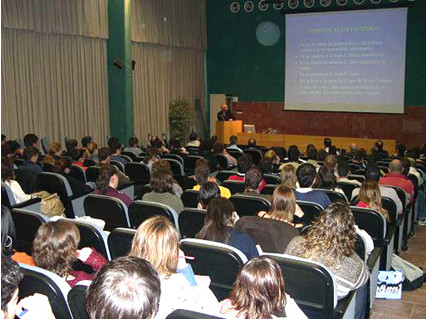 The purpose of the conference was to commemorate the fact that a young employee of the Zurich patent office, Albert Einstein, had published three fundamental articles on the special theory of relativity, the photoelectric effect and Brownian motion, which would transform our conception of space-time, energy and matter.

The conference included three talks given by recognised experts in the dissemination of scientific knowledge: Dr. David Jou (Professor of Condensed Matter Physics at the Autonomous University of Barcelona), Dr. Xavier Roqué (Professor of the History of Science and Director of the Centre for the Study of the History of Science (CEHIC) at the Autonomous University of Barcelona) and Jean Pierre Luminet (Astrophysicist at the Paris Observatory, Luther, CNRS).