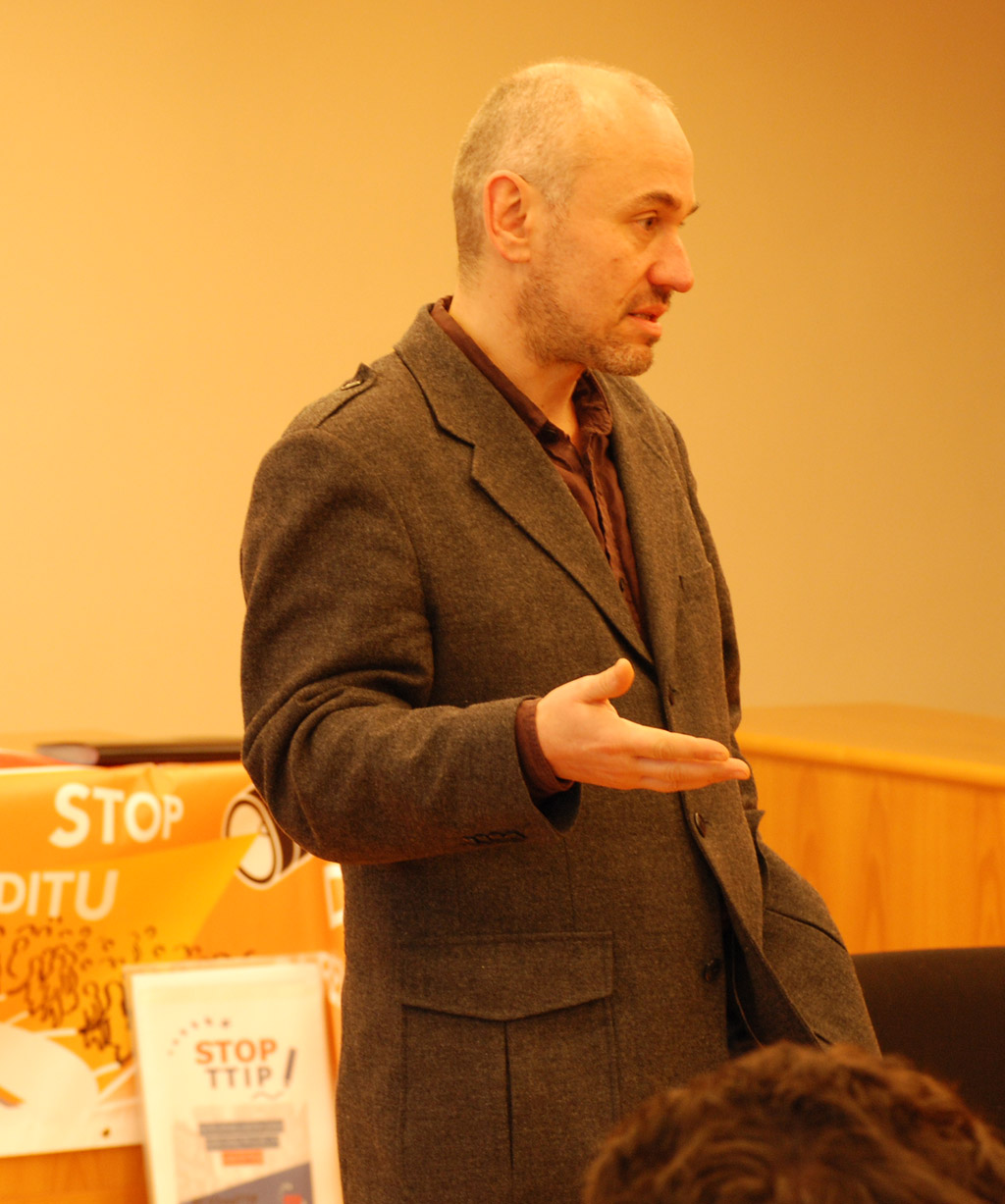 On Thursday, February 12, 2015, Frédéric Viale (ATTAC France) gave a lecture with the title Political-economic consequences of TTIP (Transatlantic Trade and Investment Treaty). The conference took place at the Faculty of Law of the UdG (Aula de práctica jurídica Tomás Mieres), organized by the Ferrater Mora Chair, the Political Science Area of the Faculty of Law and Proceso Constituyente.

The Transatlantic Trade and Investment Treaty (TTIP), which has been negotiated since 2013 between the US and the EU, was one of the topics that provoked the most lively debate in the networks and which has been very little talked about in the media. According to Viale, if it were to end up being carried out, it would be one of the most important free trade and investment liberalization agreements of those signed in recent decades, since it would represent half of the world’s GDP and a third of international trade. Negotiations are being conducted in total opacity, despite the fact that the treaty would have a very significant impact on areas very close to the population (agriculture, energy, Internet, public services, education, health, etc.).

Frédéric Viale, lawyer and economist, leader of the international trade commission and member of the board of ATTAC France (Association for the Taxation of Financial Transactions and for Citizen Action), spoke about all this. ATTAC is an international anti-globalization movement that promotes the democratic control of financial markets and the institutions in charge of their control, through political reflection and social mobilization, and promotes a tax on financial transactions. Initiated in France in 1998, this movement is present in 38 countries.