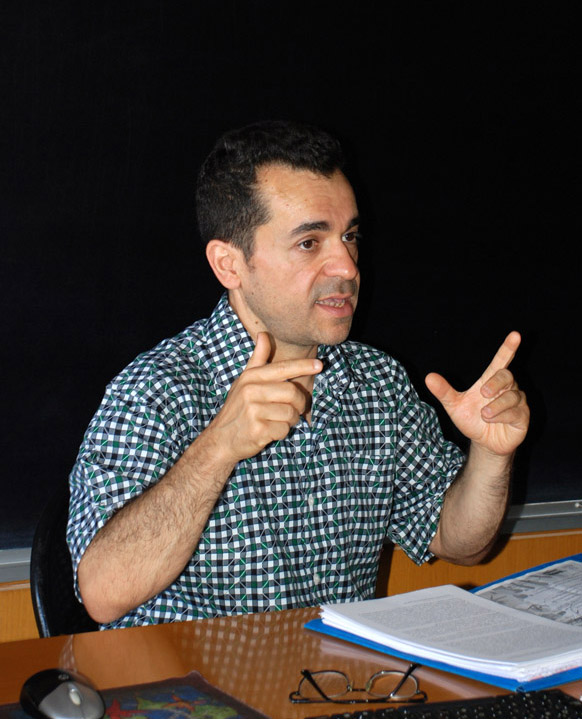 Seminar by Patrick Llored "What animal ethics for the 20th century?"

Professor Llored is an expert on Jacques Derrida, but the use he makes of this author is very sui generis. His work deals with the study of animal ethics; defender of the right to animal citizenship, analyst of the phenomenon of domestication, Llored uses the tools that Derrida’s deconstruction offers him to make a biopolitical reading of our relationship with animals.

The themes he dealt with in these 4 lectures were very suggestive:

At the same time, and with the collaboration of the Girona Animalist Association (AGA), María Sacramento Buesa also gave a talk entitled Life-centrism: a new way of seeing the world.

See the articles that appeared in El Punt Avui and in the newspaper ARA.

The event was organized by the Association of Philosophy Students of the UdG (ASSOFIA) and the Ferrater Mora Chair of Contemporary Thought.