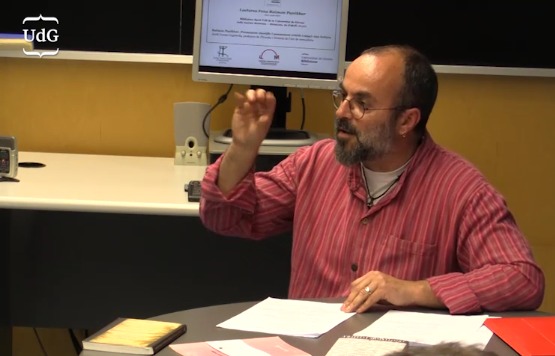 Raimon Panikkar participated in the round table, and what he exposed was collected in an article with the same title published in 1994, which ended up being part of one of his last books: La puerta estrecha del conocimiento. Sentidos, razón y fe, Herder, Barcelona, 2009.

Jordi Tormo Capdevila, professor of philosophy and history of art at secondary school, made a reading in order to be able to dialogue. The format of the text is in outline form and attempts to briefly synthesize Panikkar’s contributions, taking into account the first version of the text of 1994, but focusing mainly on the subsequent revision of 2005.

See, in pdf format, the documentation prepared by Jordi Tormo and the video of the session.