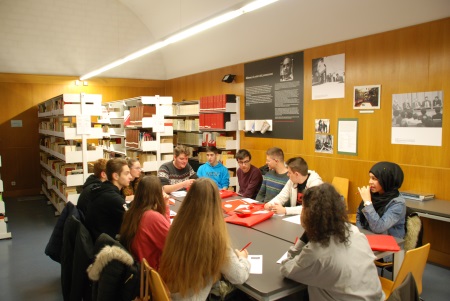 Ninth Conference of philosophy of Girona "The post-truth"

On December 15, 2017, the 9th Philosophy Conference for High School students took place. Issues such as the influence of digital technology and communication in the emergence of new concepts (“alternative facts”, “Backfire effect”, etc.) were discussed, as well as the influence of Google or Facebook algorithms in the creation of new “source bubbles” and polarization of ideologies, but also solutions are sought. The underlying attitude is to go beyond the immediate current affairs - social, educational, political - to try to propose solutions to the big question: does truth still exist? Or is it all reduced to the narratives that we fabricate … The students were prepared with texts by authors such as Montaigne, Kant or Nietzsche, but also with articles by Boghosian, Viver Bordeaux and many others; they also consulted audiovisuals from “TEDTalks” (Lynch), from the series “Amb filosofia” or the well-known “Veritats de mentida”, from “Sense ficció” (TV3).

During the day there was a forum with 22 teams of students from different institutes, about the responsibility that each one of them has in the construction of a post-truth world. In the second part of the day, in addition to the awards for the best student communications, a lecture was given by Prof. Nemrod Carrasco (UB) with the title “Lies, fictions and delusions: welcome to the post-truth”.