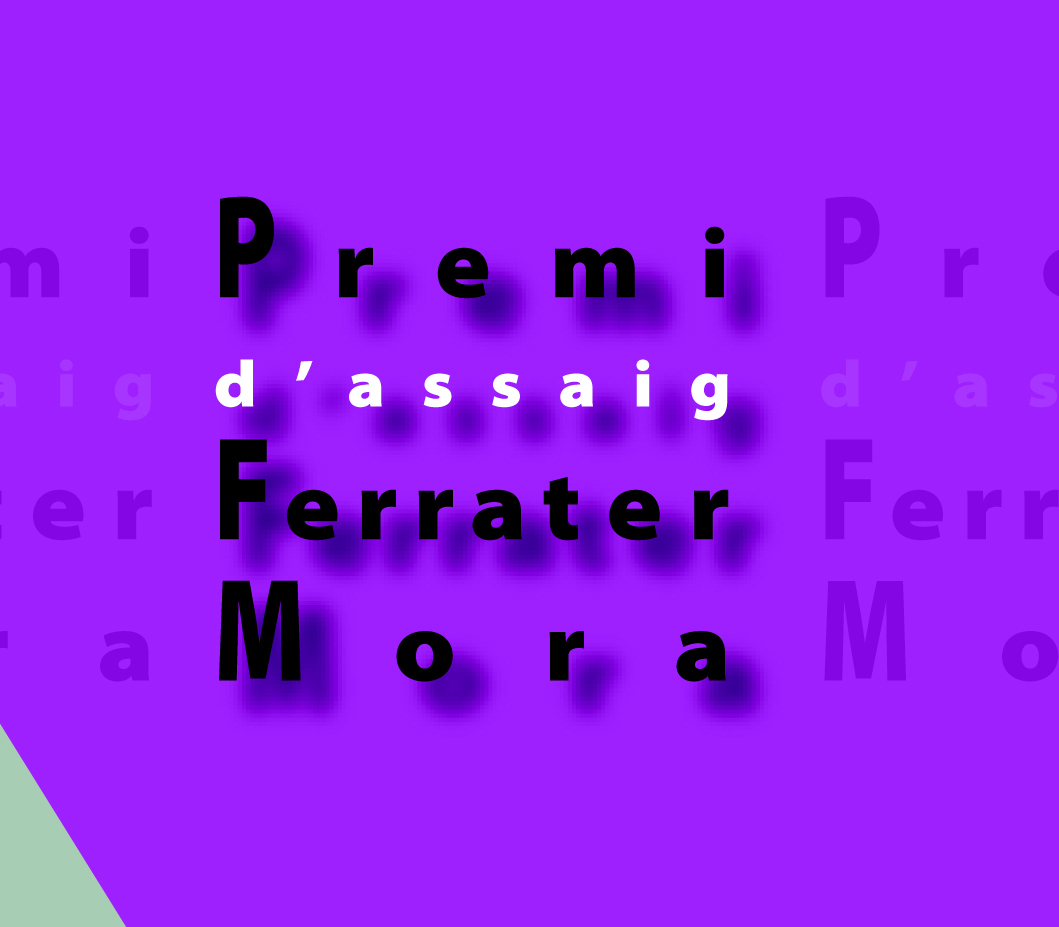 In 2007, in collaboration with the Ferrater Mora Foundation, the 1st Ferrater Mora Essay Prize was announced with the aim of stimulating study and research on the philosopher after whom our Chair is named. This prize is intended to be awarded biennially to the best original unpublished essay on any aspect of Ferrater Mora’s work (philosophy, literature, articles, cinema).

The prize was awarded at a ceremony held on 25 February 2008, with the participation of the Rector of the UdG, Anna M. Geli, and Prof. Priscilla Cohn, Ferrater Mora’s widow. You can see the speeches of the event and also the press dossier (2). 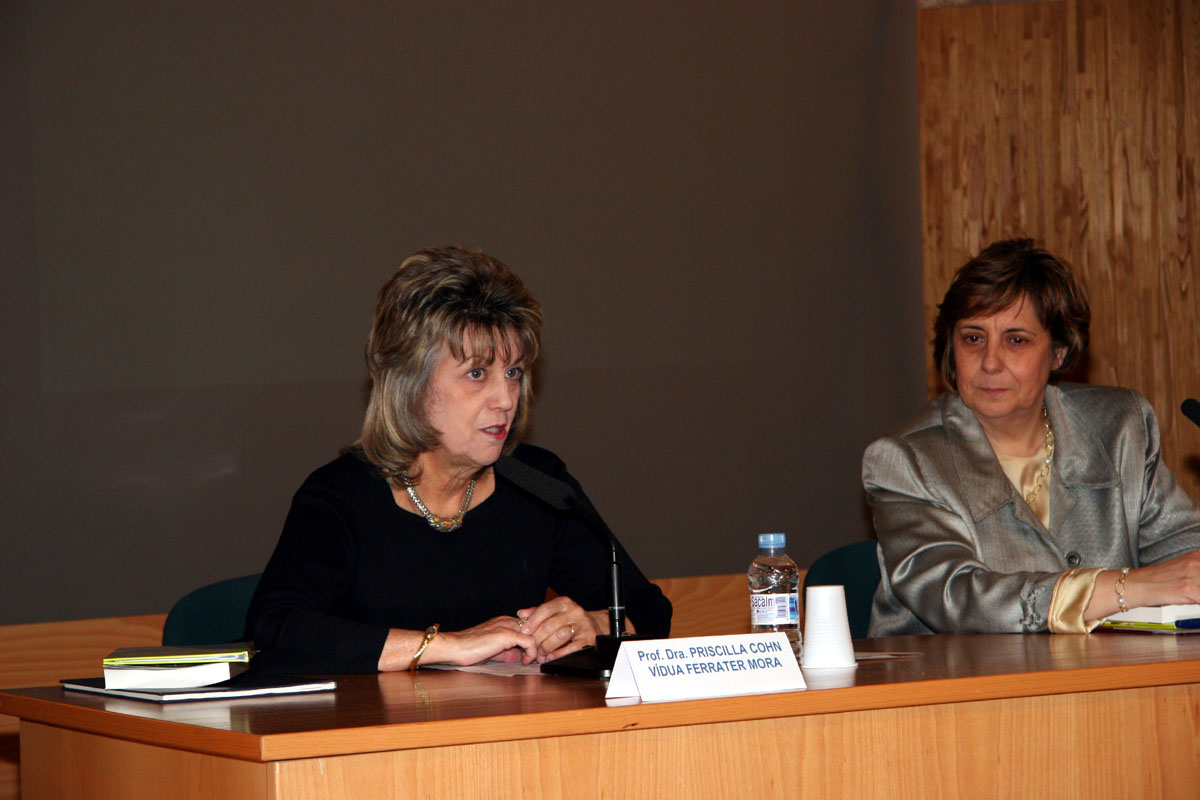 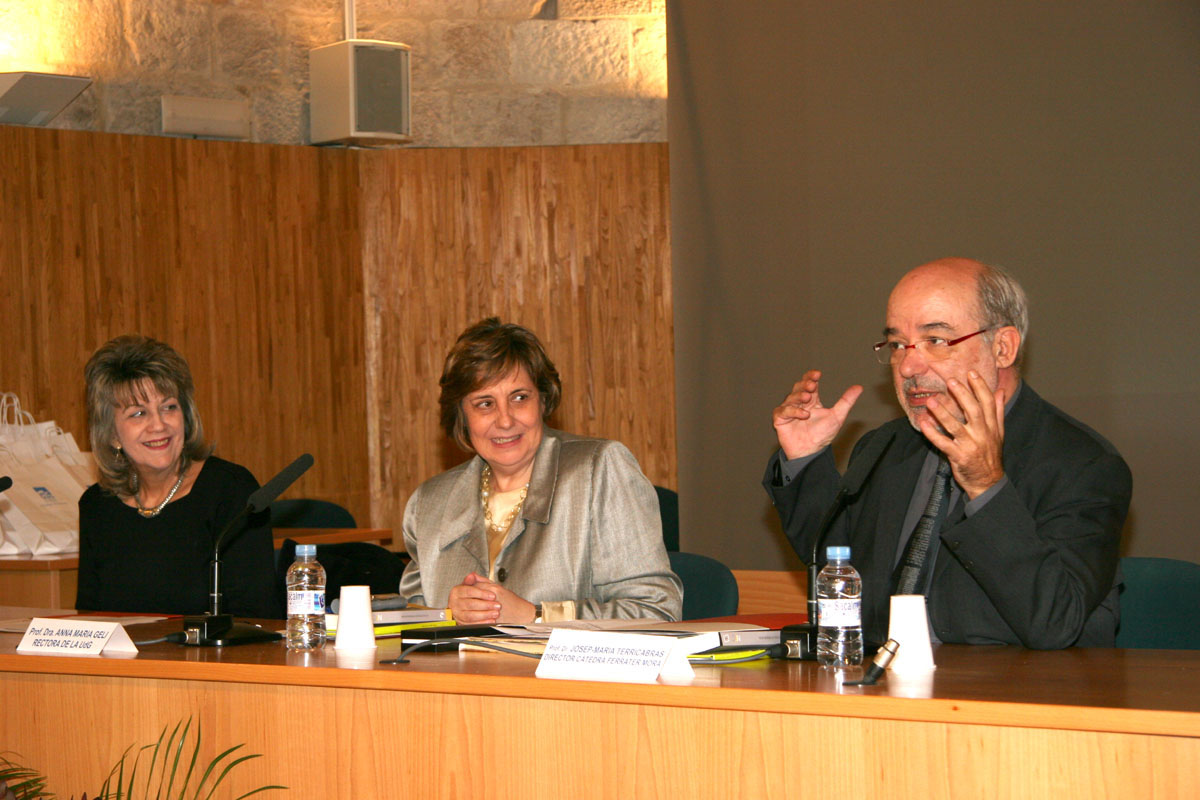 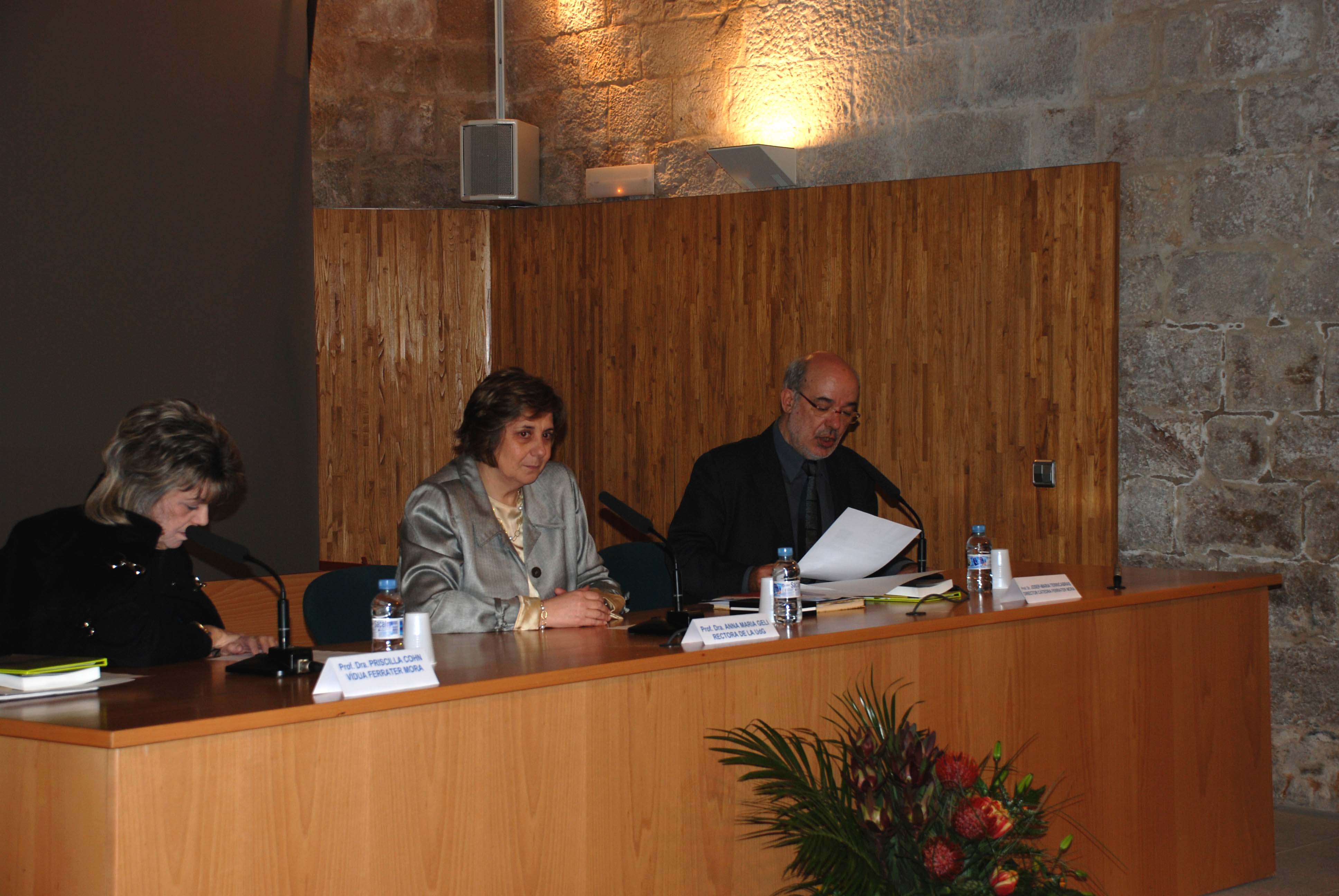 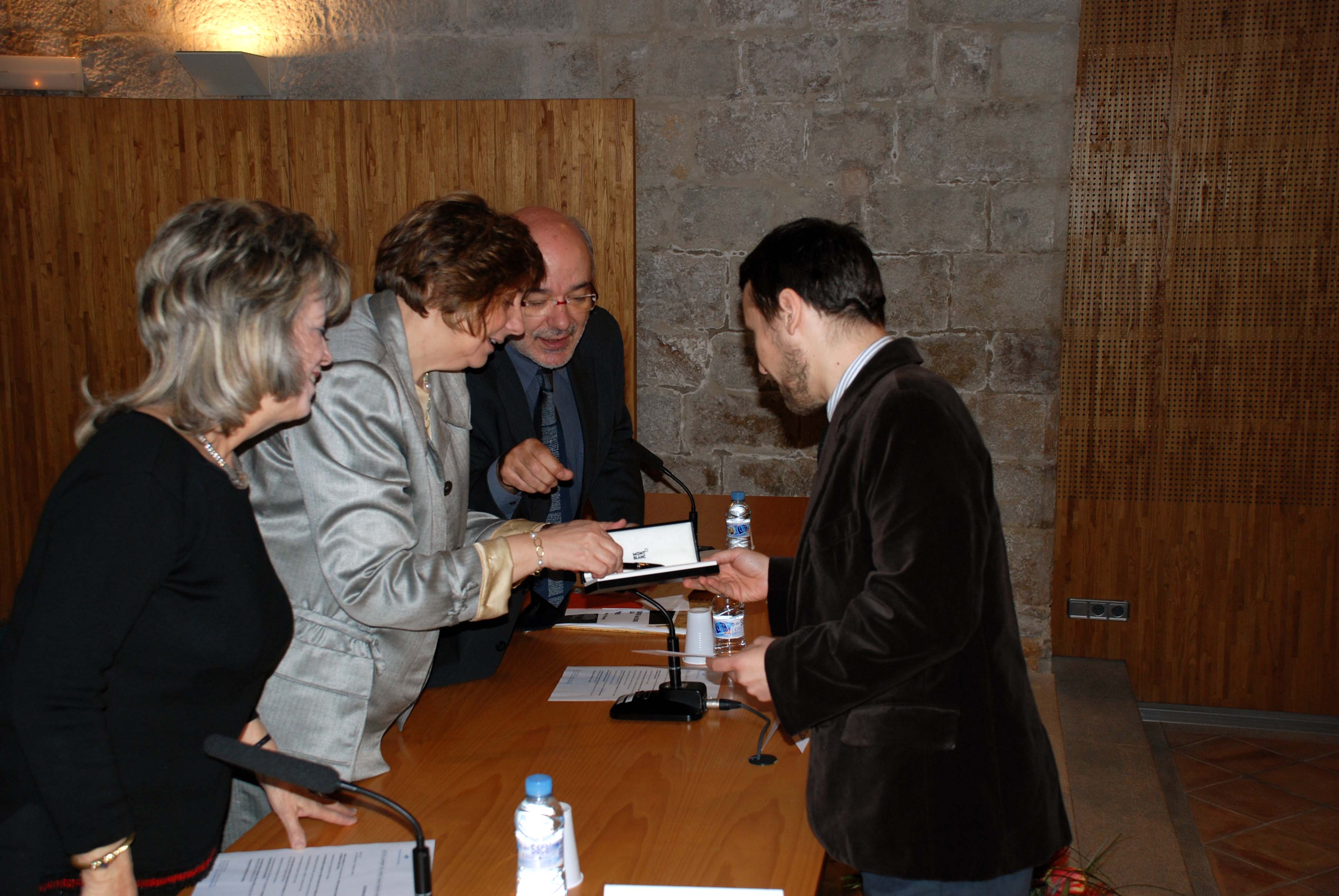 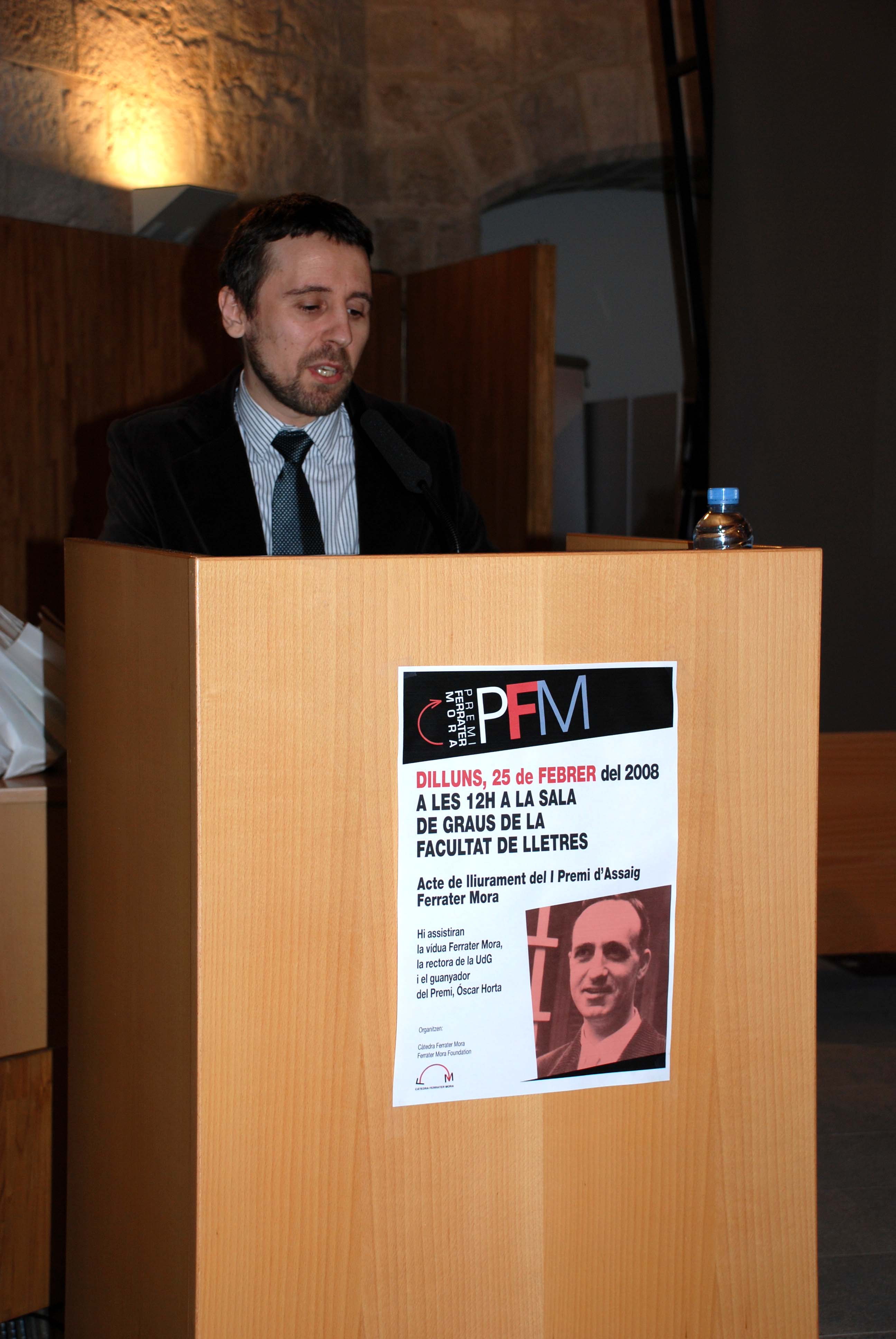 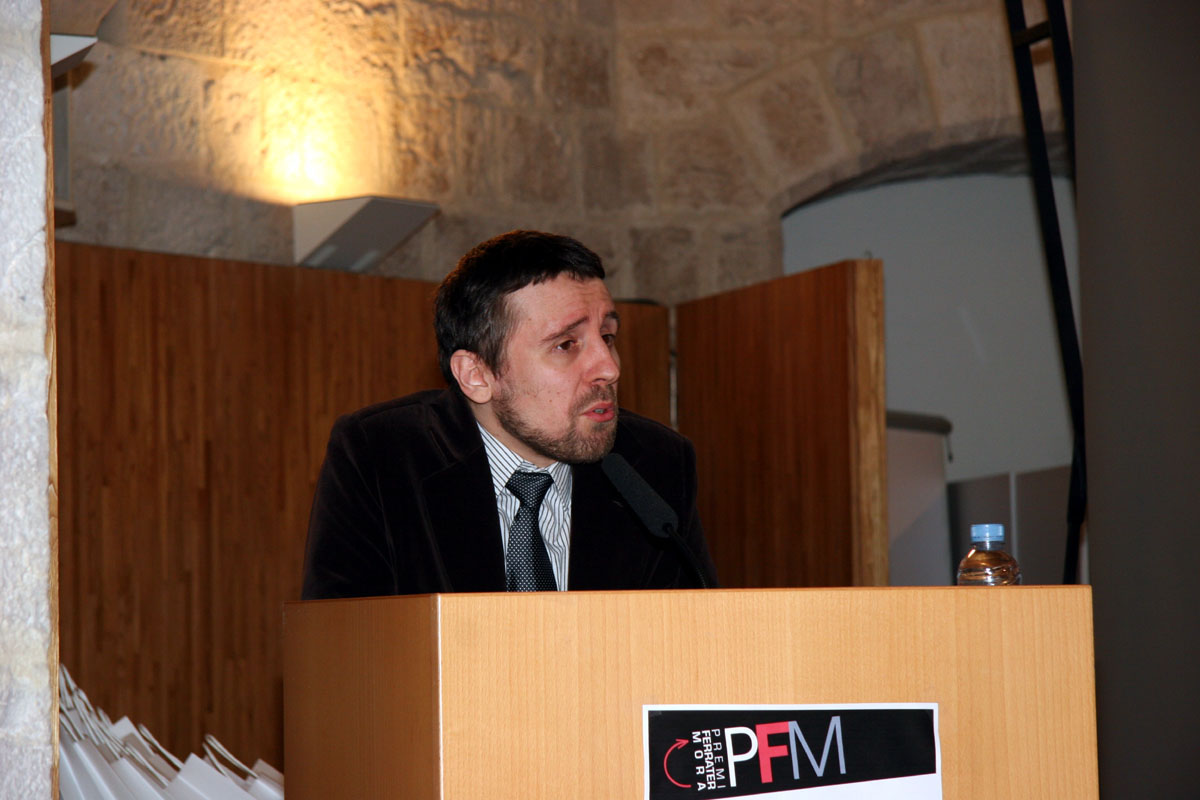 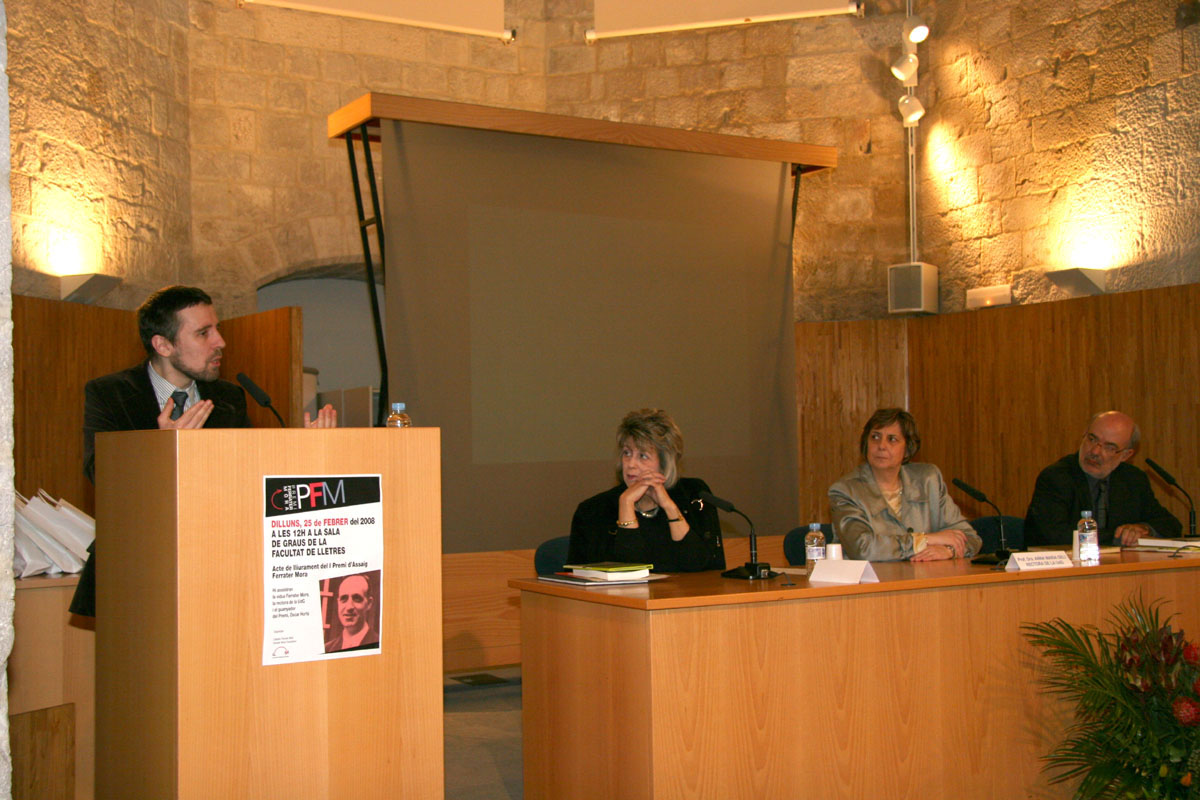