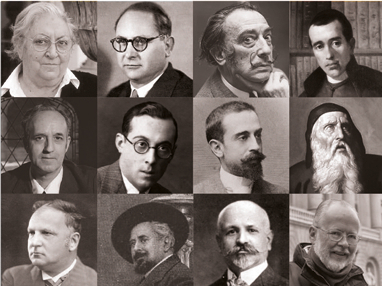 The Ferrater Mora Chair organised, in collaboration with the Casa de Cultura of the Diputació de Girona, the “Introductory Course to Catalan Philosophy”, which took place every Tuesday, at 7pm, from 2 October to 4 December 2018, at the Casa de Cultura in Girona. The course was given by the specialist researchers in Catalan philosophy Alba González Padrós and Max Pérez, and Dr. Carla Isabel Velásquez, author of a doctoral thesis on Ferrater Mora, also participated in the session.

In this course we wanted to take a look at the works and thoughts of Catalan authors from various philosophical disciplines. The course did not follow a strictly chronological order nor did it deal with all the authors, but rather sought to give a global vision with some curious anecdotes and unsuspected affinities among some thinkers in our country.

The programme of the sessions was as follows: