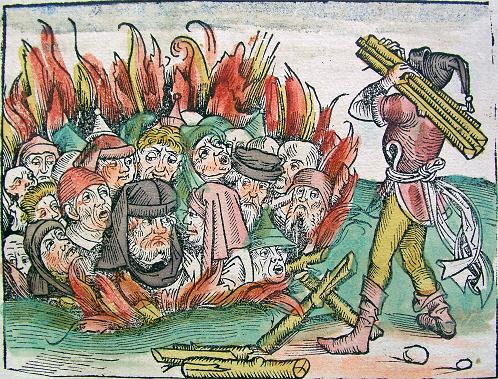 The Jews of Europe: From Emancipation to Destruction

The lectures dealt with the history and evolution of Jewish communities in the history of Europe from the 18th to the 20th centuries. The aim of the series was to outline the essential elements of the Jewish history of Europe, as well as the environment(s) in which it has developed and the processes involved in this development. Thus, it was explained how, over the centuries, European Jewish communities went from being in a situation of freedom and integration to suffering the tragic events of Nazi repression and persecution; likewise, the projection and intellectual importance of European Judaism was also shown, as well as the current reality of the Jews living in 21st century Europe.

In collaboration with the Truffaut cinema, two films on themes related to the cycle were also shown, which were intended to provide an attractive way of delving deeper into the themes presented in the lectures. Specifically, the films screened were Sunshine, directed by Itzvan Szabó, Hungary / Austria / Canada / Germany, 2000, and Memoirs of a river, directed by Judith Elek, Hungary, 1989.

The lectures in the cycle were the following:

You can download the full programme of the lectures here.