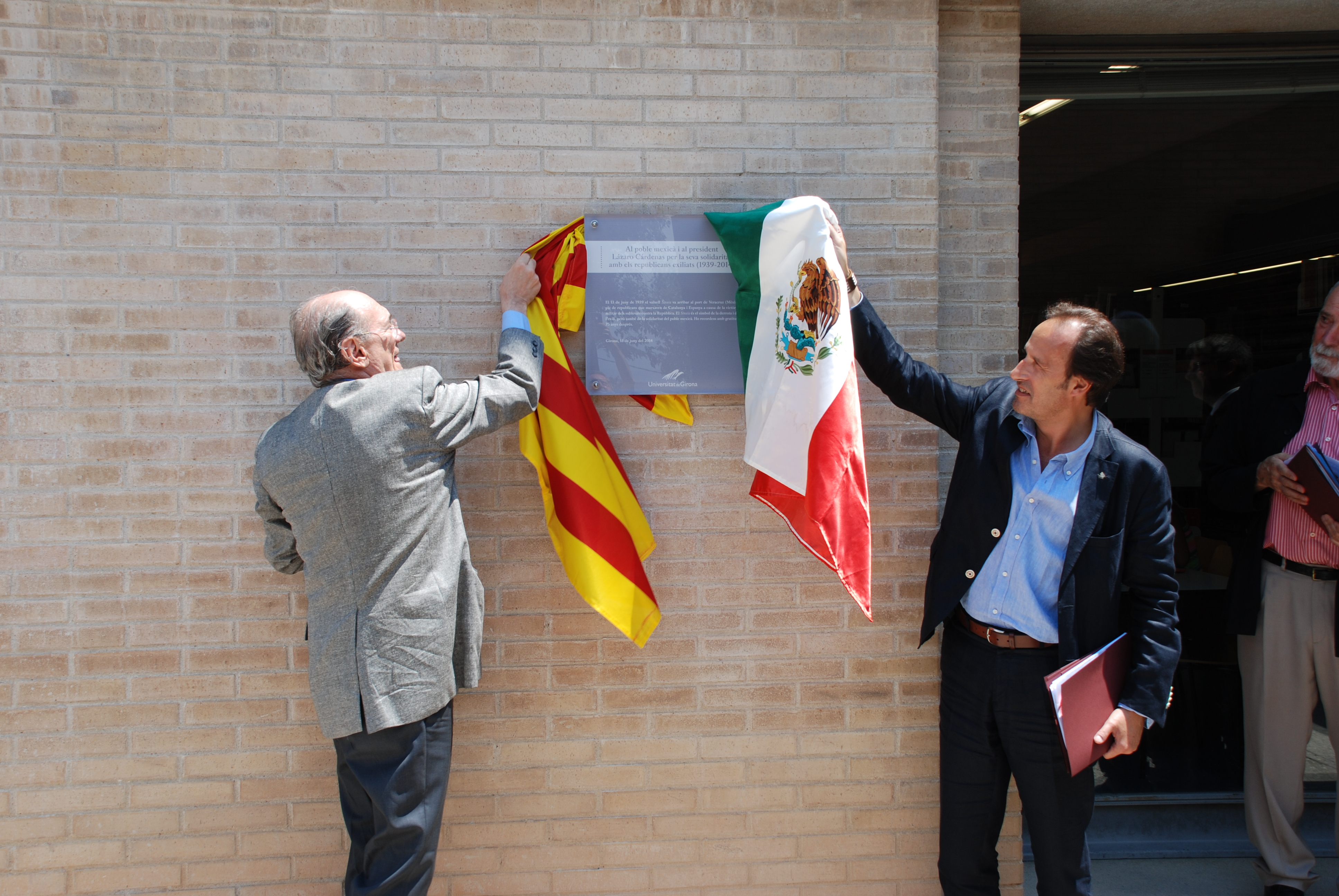 Act of homage to the Mexican people

During the event, Dr. José M. Murià, member of the Mexican Academy of History, gave the lecture “Mexico and the Republic” (read). There were also speeches by the Rector of the UdG, Dr. Sergi Bonet (read) and Dr. Salomón Marqués (read). At the end of the event, the tribute plaque was unveiled and hung in the Faculty of Letters of the UdG.