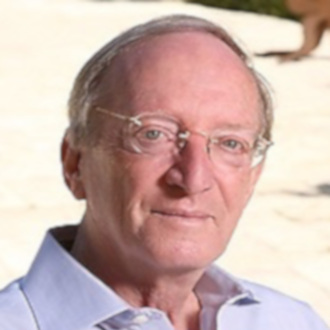 Avishai Margalit (Jerusalem, 1939) is Professor Emeritus of Philosophy at the Hebrew University of Jerusalem. He has been a visiting professor at numerous international universities and since 2006 he has been George F. Kennan Professor at the Institute for Advanced Study at Princeton (USA). He is also a member of the Centre for the Study of Rationality at the Hebrew University of Jerusalem. In 1999 he gave the Horkheimer Lectures at Frankfurt University and in 2005 the Tanner Lectures at Stanford University. For years, he has been a contributor to the New York Review of Books.

At the beginning of his career, Margalit worked on topics such as the philosophy of language and the concept of rationality. Over time, however, his research interests eventually turned to political philosophy, the philosophy of religion and culture, and the philosophical implications of social and cognitive psychology.

In addition to working as a philosopher, Margalit has been an activist in political issues mainly related to the Palestinian conflict. Thus, for example, in 1975 he took part in the founding of the Israeli Council for Israeli-Palestinian Peace, in 1978 he was one of the leaders of Peace Now, and during the 1990s he was on the board of B’Tselem, the Israeli Information Centre for Human Rights in the Occupied Territories.

In addition to academic articles, he has published the books Idolatry (with Moshe Halbertal, 1992), The Decent Society (1996), Views in Review: Politics and Culture in the State of the Jews (1998), The Ethics of Memory (2002), Occidentalism: The West in the Eyes of Its Enemies (written with Ian Buruma, 2004), On Compromise and Rotten Compromises (2009) and On Betrayal (2017).

Margalit has received several awards and distinctions, including the Spinoza Lens Prize (2001), the Israel Prize for Philosophy (2010) and the Ernst Bloch Prize (2012).