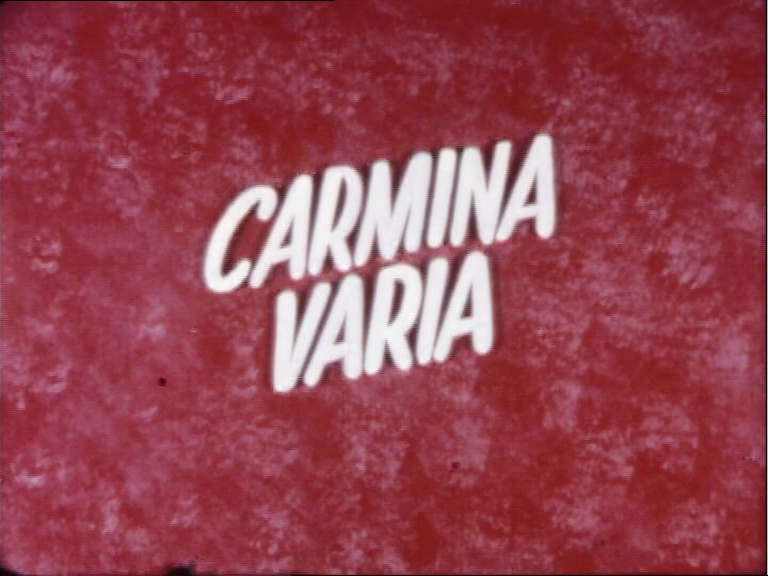 On the occasion of the centenary of José Ferrater Mora, and in collaboration with the Filmoteca de Cataluña, with whom the Chair has signed a collaboration agreement to restore, preserve and disseminate the films shot by Ferrater Mora, a film session was organized (at the Sala Laia of the Filmoteca de Cataluña, of two recently recovered films: The Shape of Things to Come (1968) and Carmina Varía (1969). The event was attended by Mr. Ramon Font and Josep-Maria Terricabras. Also in attendance was Prof. Priscilla Cohn, from the Ferrater Mora Foundation and took place on October 31, 2012.

During the session, it was highlighted that Ferrater, besides being the most important Catalan philosopher of the twentieth century, was also interested in cinema and, since 1969, he shot about thirty films that complement and enrich his thought. Ramon Font recalled that the philosopher published a book-manifesto that, paradoxically, was entitled Cinema without Philosophies. His films are closer to the experimental avant-garde than to conventional narrative but, seen now, they constitute valuable documents to understand the relationship that the author maintained with his time.

The Shape of Things to Come (1969), one of his first essays filmed with an 8 mm camera, starts from everyday images to portray a convulsive world shaken by the Vietnam War and atomic explosions. Fascinated by the United States, where he lived in exile, Ferrater captured a world that was as close to him as it was strange, and in any case fascinating. This and other tapes of his work are deposited in the Filmoteca de Cataluña awaiting to be reunited in their entirety to be restored -the sound of some fragments is particularly damaged- and academically studied. Ferrater, like Benjamin or Sartre, knew how to find in cinema a perfect vehicle for his philosophical reflections.